It’s early in the morning, and after last night’s hauling run, I’m in a mood for a shufti and some alone time in a fast ship.

The class 2 system we’re connected to is the same as last night — the one where a group of our pilots beat up sleepers for their lunch money and then got out of when the local traffic spiked — and a quick check of the local system activity indicates that the heavy traffic they spotted wasn’t a fluke. In the six hours hours since we logged out, the number of wormhole jumps per hour has stayed in the mid to high 20s. I’d thought I might hit a few sleeper sites or do some gas mining, but this info changes my mind.

The previous evening, while scanning for an entrance for Berke, I’d located another inbound connection into the class 2 system from another class 2, and I suspect that that’s where the traffic is coming from, so I warp to that wormhole and jump through to take stock of the situation and see how bad it is. After all, a lot of traffic from unarmed haulers carrying out unrefined ore isn’t really that bad.

It doesn’t take me long to figure out the traffic is not from unarmed haulers and that the situation is, in fact, pretty bad. A little poking around and a little research reveals that the eastern European corporation in this new ‘hole are very dangerous people to have as neighbors, with bloody PvP record. I check to see who’s online at the moment — our wormhole is never empty, thanks to what amounts to world-wide membership, but there are times when a lot more people are on than others.

Right now, it’s me and three other guys.

“Cabbage,” I say. “We need to close our wormhole connection. Right now.”

“Bad neighbors,” I confirm. “They’re two systems over, but they’re using the hell out of the class 2 system we’re both hooked up to. More to the point, it looks like a lot more of them are on right now than there are of us.”

“Gotcha,” he says. “Let’s do it. Can you guys get your Orca on if I bring something to play bodyguard?”

“Sure,” I say, electronically prodding Berke to get online. Cabbage is another Orca pilot, but we have those — his cloaked up Tengu strategic cruiser seems like a more valuable addition to the party.

“Need me for anything?” Shan asks. He’s a fairly new pilot, but nevertheless always willing to offer assistance.

“Not at the moment,” I tell him. “Just keep an ear open if I scream like a little girl.”

Meanwhile, I jump back to the home system and set up a cloaked scanner alt character on the far side of the wormhole, to watch for a spike in local activity. The weird thing is that while the local traffic has been high in the wormhole we share with the other corp, I haven’t seen any other pilots since logging on, so I’m wary of a sudden population spike.

Once that’s done, I jump back to the tower and ponder what ship to grab, but settle on a battlship to help Berke with the collapse, and we both warp out to the wormhole, where Cabbage has cloaked up.

“Jump one,” I mutter into comms and check the far side of the hole with my scanning alt. “Off we go.”

Berke lights his afterburner and jumps through the wormhole.

Three guys decloak on the far side, some of them only a few thousand meters from my cloaked alt’s location. Worse: only one of them is a ship that can fly cloaked (a Cheetah-class covert-ops frigate) so the others must have been sitting there already, probably for the better part of an hour. Waiting. All three ships start burning toward the wormhole.

Berke doesn’t panic, but waits out the session change timer so that he can jump as soon as he drops his jump-cloak. The Monolith fades into view, pivots and lets the wormhole slurp it back into our home system.

Right then, a Drake-class battlecruiser decloaks on OUR side of the wormhole. This keeps getting better and better.

Ty starts locking him, but I’m in a battleship and the big guns aren’t tracking well on the smaller target. Also, it’s a Drake, so it’s going to take awhile to kill the thing anyway. Time to consider options.

Berke arrives back in the home system and tries to warp, but the Drake locks him and scrambles his warp drive.

He scrambles the warp drive. After the long haul the night before, Berke didn’t refit his Warp Core Stabilizers, and we forgot to do it this morning in the rush to get the hole closed.

A Loki-class strategic cruiser and the Cheetah jump through the wormhole. Both get warp disruptors on Berke as well and start shooting. (The Cheetah Cov-ops even has guns on — sure sign this is a pretty warlike corp — that’s like strapping a minigun to an ultralight.)

I jump back to the tower and start yelling for help. Unbeknownst to me, Cab has had his connection to the game cut off, so he’s out of the fight. Ty jumps into a blackbird (Pro tip: Blackbirds and other ECM ships are more valuable as hole-collapsing bodyguards; bring one if you can. Hell, bring two.) and warps back to 50km off the wormhole. I lock and jam the Loki, then I lock the Cheetah because both it and the Drake’s flight of light drones are on me and chewing through the blackbird’s meager shields much faster than I’d like.

This is where I screw up.

(Yes, here: up to this point, I don’t think most people could take issue with the way we handled the hole collapse, in terms of security; we were out maneuvered (who camps an unused wormhole for over an hour?), but we didn’t actually screw anything up too badly.)

Anyway: the Blackbird is somewhat fragile, the Cheetah has switched its warp disruptor to Ty so I can’t warp out, and the Drake already has drones on me, so I think:

“Jamming the Drake will do no good, now.”

(Which is so stupid in hindsight I don’t even want to write it down.)

Since I already have my minmatar-specific jammer on the Loki (which is working quite effectively), I engage all the my other “racial” jammers on the (minmatar-made) Cheetah, hoping that even without the bonus for Minmatar systems, I will get a lucky jam.

Those of you who can do basic addition and subtraction will see my mistake.

(Also, if you’re any good at math, you’ve noticed that I said three ships decloaked on the far side of the wormhole, but only two came through.)

Shan, who heard me shouting, lands on the hole in his Hurricane and opens fire, and Cabbage returns from his forced warp-out. I’m just about caught up on the fight and realizing I need to jam the DRAKE when the wormhole flares again. Two Cynabal-class crusiers jump in, moving like the sharks they are, followed by the Manticore-class stealth bomber that had been waiting on the other side of the hole to (a) stop anyone who tried to get away on that side and (b) provide the Cynabal pilots with a warp-in to a location I imagine they didn’t have a bookmark to. (Given the timing, I imagine they scrambled over from their home system when their corpmates said the fight was on.)

The Cynabals lock and warp scramble Shan. Cabbage calls for everyone who can get out to get out.  I get my lucky Jam on the Cheetah and get the blackbird out with about a third of  my armor left. Shan’s ‘cane goes down, but he escapes in his pod, a few seconds later Berke is also escapes the ambush, albeit in his pod, not the Orca.

And that was the fight. Afterwards, we sent Shan some replacement funds for the ship because… well, frankly, he jumped in, no questions asked, and started shooting. That’s a hell of a thing, really. That’s someone you want in your home system with you. 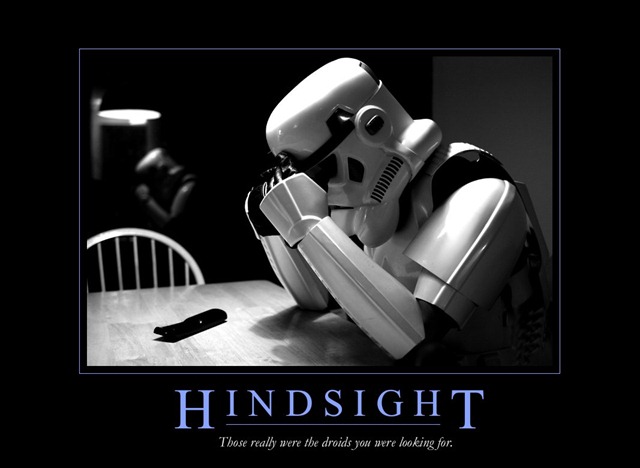 In hindsight, I panicked a bit and jammed the wrong ships, or (rather) didn’t jam the right ships. If I’d gotten the Drake offline for just a second, Berke would have got out, and on balance the Orca is a hell of a lot more expensive than a Blackbird, so that should have been my priority. If I’d picked one of the other Blackbirds — say, the one with two Minmatar-specific and two Caldari-specific jammers — I’d have gotten out, simply because I would have had the right options to jam everything from the get-go. If I’d sicced Shan on the Cheetah, that might have tipped it by driving off my harasser and letting me focus. If we’d all been on voice chat instead of trying to coordinate via chat window, we might have gotten organized better and gotten out. If we’d had the Warp Stabs on the Orca, of course.

For want of a Nail…