An Orca flying on autopilot is so slow that by the time Berke has gotten the Monolith back to our highsec staging system, Bre and Tira are already there and ready to act as escorts for the return trip. Berke loads up the last of the tower modules, another hangar full of smaller ships, and leads the charge back to the aging wormhole connection. Unbelievably, the whole group actually makes it the 25 jumps through known space before the wormhole collapses, thanks in part to Bre using her web module on Berke’s orca to help slingshot it into warp in a fraction of the time it usually takes — it’s quite easy to get to the “75% of maximum speed” that starting warp requires when someone has cut that maximum speed down to the single digits.

Once everyone’s back in our new home, we resume barn-raising activities while Tira watches the doddering wormhole. It says that collapse is imminent, but we’ve actually got the tower and all modules completely online before it finally vanishes.

Ty and Bre jump through the new exit and head in opposite directions; Bre is picking up the single “backup” PvE ship that she and Ty will share, while Ty is taking his Mammoth-class industrial hauler out to pick up a lost load of fittings and ammunition that somehow wasn’t included in any of our freight contracts.

I’m not much of a hauler pilot, but I have to admit I love the Mammoth. After losing Ty’s Iteron III last week, I took a hard look at training for the Iteron IV (the ship pretty much everyone else in the wormhole flies), and decided that while it had a pretty awesome looking hull, I really disliked its fitting options. By contrast, for a similar amount of training time, the Mammoth (another Minmatar design; the longer I fly, the more I find myself flying Minmatar ships…) would let me fit a very respectable tank, electronic countermeasures to break the target locks of nearby attackers, both a cloaking device AND a scanning probe launcher (something the Iteron IV can’t do) and either (a) the largest cargo capacity of any tech1 hauler or (b) a fairly ridiculous number of warp core stabilizers, for those times when I need to bull my way past a bunch of frigates trying to disrupt my warp engines.


There is, literally, nothing I don’t love about the thing, and I started training for it a few minutes after I’d lost the other hauler earlier this week.

It even warps reasonably quickly, and Ty gets back home almost the same time as Bre, to find Gor and Wil hitting a small sleeper site as a shakedown for a new Proteus fitting Gor’s been working on.

I look over the various modules orbiting the tower. Guns are online and loaded. ECM, energy damps, and warp scramblers online. Shield hardeners humming. Backups for everything anchored, ready, and waiting. Fittings, ammunition, and months of fuel stored. All of the ship’s we need ready to go, in a hangar barely half full, even with Gor’s orca taking up a massive amount of space.

There is a bit of silence, then: “Thank you,” Gor says. “If I haven’t said it before, thank you.”

“My pleasure,” I reply, because it is. “Let’s celebrate by shooting things in the face.”

And that is what we do: four of us tearing through a rare ‘archaeology’ site in record time. 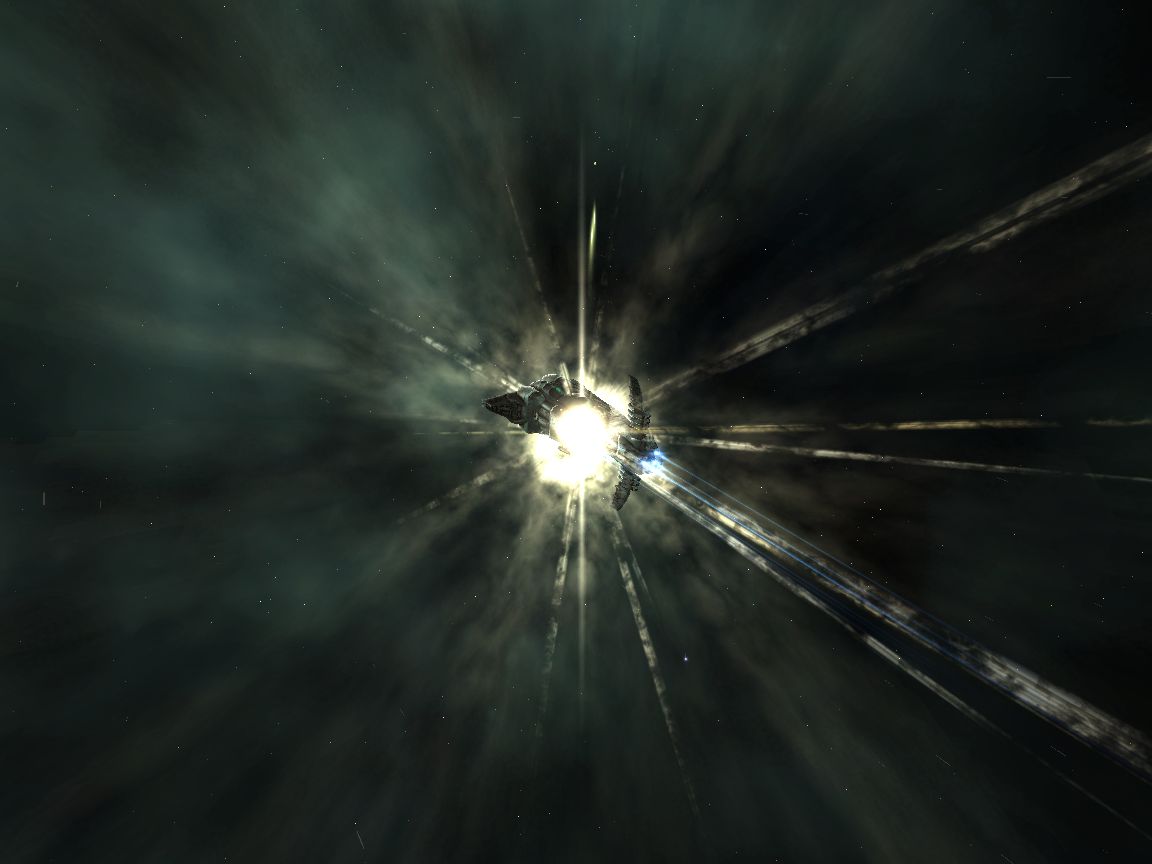