So there are ways to stat out Batman as a starting character. But (a) someone already did that and (b) I need an NPC version of Bats for a game where he’s one of the Big Three and the PCs are playing newly minted players on the super-powered stage.

So basically I started with the idea that Batman is a ‘skills’ character, and his best skills are going to be about 2 better than the best a ‘normal’ super can bring to the table, solo. That gave me a skills pyramid that peaks at “Fantastic” and literally includes every skill in the setting, even “Lore” (used for magic), which Bats understands the theory behind, even though he doesn’t have the requisite mojo (aspects) to cast spells.

My personal favorite bit is using the Cover Identity stunt from the new Fate System Toolkit to make Bruce Wayne, and then give Bruce, not Bats, the high Resource skill — Bruce is where the money is, after all.

As for the rest, I basically went with Batman as he’s portrayed in stuff like New World Order and Tower of Babel. 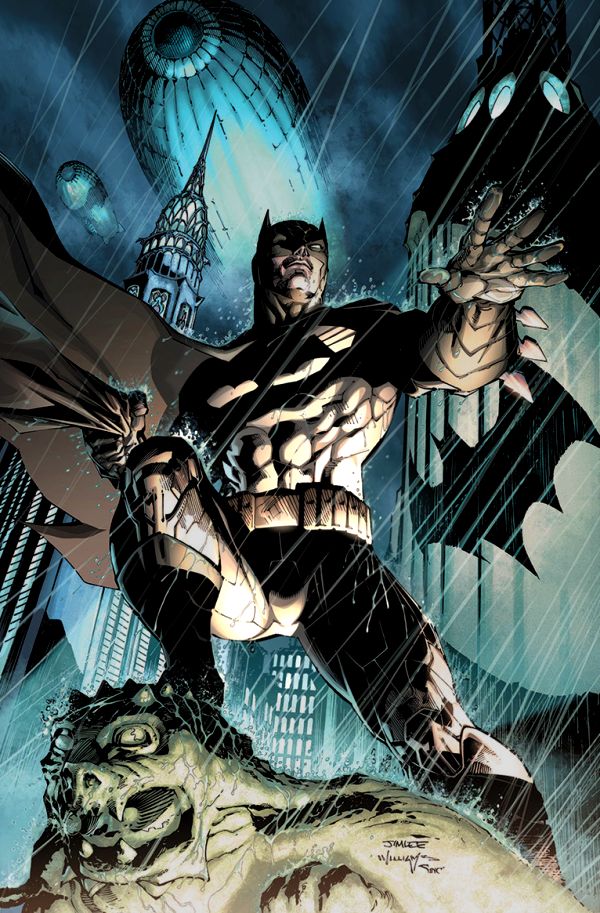 Stunts
Elementary. You can pick apart a lie by analyzing the details. Use Investigate to defend vs. Deceive.
Utility Belt. An array of useful little things. Whenever you need something, you have it, provided it’s not something too unusual (for you) or too large to fit in a pocket, belt pouch, or backpack. When you say you have something, the GM should be likely to agree.
Batcave. Get a +2 to Craft or Knowledge for creating advantages or overcoming obstacles, provided you can access the cave.
Where did he go? You can roll for concealment even when being directly observed, provided any sort of “distraction”-type aspect can be invoked.
Secret Identity (see Cover Identity, FST): Bruce Wayne. [Aspect: Billionaire Playboy. Apex Skill: Resources (plus Deceive, when defending the identity.)]