I got a finished commission from skilled Star Wars-focused artist Lorna-ka, and feel like nerding out and sharing.

Dekko will be the guy I want to play in every Star Wars game going forward until whenever.

(Also? We live in the future: Lorna lives in Moscow, I found her stuff on Tumblr, contacted her and paid her entirely online, and got multiple versions of the commissioned art in the time it would have taken one round of snail-mail correspondence, ten years ago.) 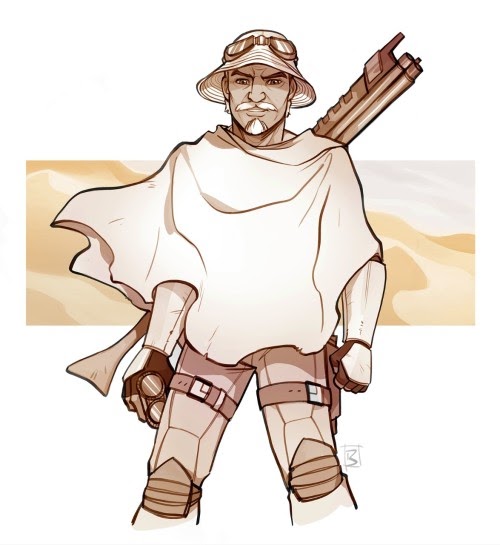 (He worked alone most of the time during the war, and never ‘had’ a jedi to betray, so Order 66 pretty much passed him by.)