We’re starting up a mini-campaign of Dungeon World, with most of the conversation taking place in a single private Google+ conversation thread.

But it was too good, so I’m saving most of it here for posterity. Sorry the formatting is so terrible. Blame G+.

Okay, I think the plan I’m going to go with is running a Dungeon World thing, followed by a Masks thing. (I’m especially jazzed about Masks since I just got a new packet of playbooks from the Kickstarter yesterday, but patience…)

SO, here’s the particulars.

The Roll20 page is [link redacted] – you can jump in there and open a character sheet and put in stats and moves as you like, if you’re super motivated. (Mike, your Artificer is in there already.)

Dungeon World is baaaasically a PBTA take on classic DnD, so the standard DnD classes are there: Fighter, Wizard, Cleric, et cetera, and you can dig into alternate playbooks if you want to go the Basic DnD route of “Dwarf is a character class” or whatever. The System Resource document has all the basic classes, but seriously if you have some kind of fantasy trope you want to play, ask, because it probably exists out there somewhere.

Once I know what people are playing, I will hit you with personality and background questions.

The tone of the game will be fantasy closer to White Dwarf and Heavy Metal magazine covers than The Hobbit. Magic is powerful, weird, and dangerous.

We’ll be using Flags instead of Bonds, so ignore Bonds in the rules.

That’s about everything I can think of right now.

Yay! Glad to finally be back to Dungeon World and interested in how Flags play out. Might I also suggest this document.

Basically, unless you’re a bard or some other highly social character (some priests might qualify), pick or design two flags for people to hit. If you’re super-social, three.

BTW Doyce, are we still going to be doing the thing with the timeloop where my artificer remembers what happened that you’d mentioned in the previous thread, or are we doing something else? Will probably help me determine my Flags.

What do you think? I was thinking something like you suddenly find yourself riding a horse on the way to Frostberry at the base of the mountain, with these people you know, but also with that other set of very vivid (but fading?) “memories”… it would tie into your experiments in the cabin pretty well.

Or you could play someone else and your other guy can be a backup character following someone’s gruesome death. 🙂

Actually, Mike, I was looking over my notes from that other session, and guess what? During the lead-in questions, we found out that group was actually the SECOND group you were heading to the mountain with – the first group was wiped out before you ever got to the mountain.

HOW LONG HAVE YOU BE TRYING TO REACH THE PEAK? 🙂

I’d forgotten all about that. Man, Ash really shouldn’t have played with that clock… every single time.

I kind of like the idea of Ash just flashing back to town, with a brand new group of adventurers ready to head up to the Mountain. “Gods below, why is it always a new group of people? Why do the memories always end when we get to the door? Why is it always the same day but everything is different?

Also of use: the dungeonworldsrd.com site has a section just on Character Creation – nice, since the actual character class pages don’t cover things like “what stat numbers you get.”

I’ve been re-reading the Flags article Doyce originally linked to at http://walkingmind.evilhat.com – From Bonds to Flags.

(Saying this aloud to be sure I get the idea): a Flag is a Significant Personality Trait, with how others can tap it to demonstrate it (both trait and tap being something that makes the game interesting) and so earn them an XP.

To go down a little bit further, it’s not just a personality trait that your character has, it’s an aspect of your character that you think will be FUN to see called out fairly regularly in play. People are going to be getting Xp rewards for hitting this thing, so they’re going to want to hit it. if you don’t want to see it… actually I’m going to say that if you don’t think you’ll enjoy seeing it repeatedly, pick something else.

(As a side note, and not to discourage anyone, but bearing in mind that this is meant to be a short campaign, it may not be necessary to boil the ocean to create our characters. Though I’ll confess I have several paragraphs of backstory already written …)

He’s going to feel so silly when he dies in the first room.

No worries, I can run an immediate sequel campaign using Wraith: the Oblivion.

Is there a mechanical reason to put the Flags in the Roll20 Bio page, vs. putting them in on the main character sheet as if they were Bonds?

(We’ll probably want to gather all of those into a convenient document, since we need to know each other’s Flags more than our own.)

Basically I would put them in both places, but I’m weird like that.

Put another way: The bio page is basically for everything you want other people to see and know about your character

Did anyone else figure out what they are playing?

Dave’s got a bard, Mike is doing his Artificer, Kay is I think gravitating toward a Ranger or Fighter. I don’t know about Margie yet, and my personal experience with her character choices, while extensive, isn’t deep enough to let me guess.

I do know that she’s usually as willing as you are to fill a needed gap, so you need not wait.

Right now, the ‘gaps’ are primarily thief- and fighter- or cleric-shaped, I think?

That said, it’s three sort of hybrid classes so far, so more dual-mode stuff (an unclassed ‘elf’ or ‘dwarf’ or something, for example) also works.

Knowledge/lore stuff can be covered by both the Artificer and Bard, but don’t let that rule out a Cleric or proper spell-caster.

I mean, really, I’d say go for whatever type of play most appeals to you – if you guys don’t end up with a bend-bars/lift gates or lockpick person, you’ll have to work the problems another way. 🙂

I shall sing to the iron bars and they shall part to let me pass!

Or … most likely not.

My favorite part about the alternate Bard playbook is that it’s specifically designed to remove the ‘singing with a lute in the middle of a fight’ stuff. 🙂

I will noodge the kinfolk.

Bill, you say “stock thief” but the image makes me think of a very specific thief who wants my HP or my GP. 😉

“Cowardly: Put us in situations I can justly complain about.”

Well, there’s everyone XP fountain for the game.

Hey, Ash and Basler can complain about everything together! 😀

Actually just noticed that they both have the same flag, just named slightly different; I found mine under the Lawful header, but I figured I’d rename it for something more character appropriate.

Hmm. Yeah, that duplicate flag might be troublesome. Something to ponder. Hmm…

Oh I don’t know Doyce, that just means that Ash and Basler will want different things to complain about. Can’t speak for Bill, but from the Cowardly tag it sounds like he wants Basler to complain about being put into dangerous situations that he doesn’t want that he can complain about. “Hey Basler, this hallway looks suspicious. Mind taking a look?” “Oh, I don’t know…”

I see Ash’s more of seeing other people in danger and after helping them, complaining about being put upon to help. (just making some assumptions here…) Eduard: “Oh no, I’m being beset on all sides! Someone help me!” Ash: disgusted noise “I swear, if I wasn’t around to pull your butts out of the fire.”

Sure it’s a slight distinction, but I can see it being quiet different in play. Sort of an internal vs. external dynamic, if that makes sense.

Kay has given you all a marvelous gift for this campaign.

“Go fight that demon! This talisman will protect you.”

By the time that PC dies, the rest of us will have leveled up enough to beat it.

Actual conversation I had with kay on Roll20 tonight:

“Seriously, can I trust the thief?”

GM looks at your ‘Gullible’ flag. 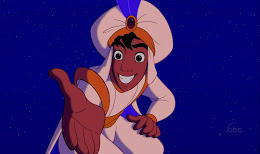 This whole thread is a national treasure.

Just checked out all the characters on the Roll20 page and I must say I’m very excited for tonight’s game.

Yeah, thank goodness this is just a one-off adventure, otherwise folk might have put real effort into devising interesting characters …

If you guys don’t end up destroying the world, I will keep them around for additional Adventures.

And here they are:

Torwin the Courageous (among other things)