“We need to move now before more of those….things come for us.”

Ismark and Ireena nod, glancing around – Ismark uneasily, Ireena more resigned, but both on guard. 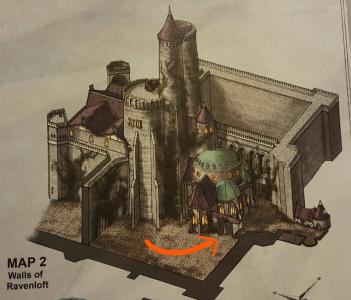 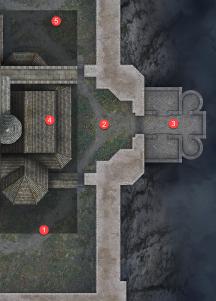 We’ll want to move quickly if we want to keep anyone from tracking us down from the noise we made.

And, I mean, all this is interesting and cool, but let’s be honest: I’m breaking into the castle through the boarded up chapel windows

I’m not sure how well this is going to work, but I’m going to engage the Delve mechanics for this. I’m going to call the Castle an Extreme site. 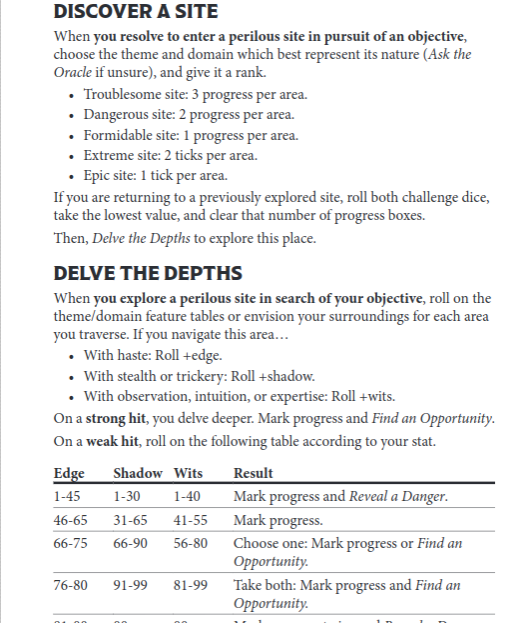 Well okay. Nice start for us.

Delve the Depths says I get to Find An Opportunity:

FIND AN OPPORTUNITY
When you encounter a helpful situation or feature within a site, roll on the following table OR if you are making this move as a result of a strong hit on Delve the Depths, you may pick or envision an opportunity instead of rolling.

I’m going with “you locate an interesting or Useful object.” And let’s see what’s inside…

THE CHAPEL
Dim spots of colored light filter through broken and boarded up stained glass windows, barely illuminating the ancient chapel. Pews and benches lie about the floor in jumbled disarray, coated with centuries of dust.

Slightly above the room’s debris, lit by a single, dim shaft of moonlight, an altar stands upon the platform before the boarded-up windows we pulled open. The light falls directly on a small figurine of pure silver. This room seems as though nothing has disturbed it in centuries, and that nothing ever could.

BEFORE THE ALTAR, ON THE FLOOR
A black-robed figure, long-dead, lies collapsed before the altar, still clutching a rusted, curved blade in one skeletal hand, as though he died with his back to the altar. … actually, as you come around the altar, you see that he died because his head was crushed. A great, silver-headed flail – still pristine – has all but demolished the corpse’s skull. The former wielder of the mace is there as well, long-dead and lying on its side on the steps leading up to the platform. The second corpse wears rusting armor, covered by a tunic emblazoned with a centuries-old symbol of the same knightly order you serve.

EXITS
The center of the western wall has a great double door that leads into the rest of the ground floor of the castle. On either side of the great door are smaller, arched openings that lead into smaller shadowed alcoves and stairwells. 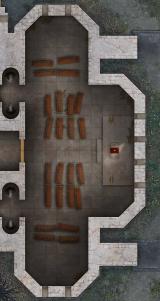 Ireena, looking at the mace, murmurs “a weapon of light – a weapon with a vengeance – you may find this amid the ruins of a place of prayer.” She shivers, looking around. The Vistani fortune teller woman had true sight, it seems. ”

Okay, so there’s a cool shiny toy, but first I want to know about the tableau of violence. I’m going to ask the oracle if this guy in farwarden livery is someone I know.

Ireena watches as I kneel near the armored warrior. “Did you know him?”

I can only nod. “The spirit from the graveyard.” A sad, fleeting smile. “The big one.”

“He seems a great knight,” says Ismark. “And wielded a mighty weapon.”

Rolling +wits on this, +1 for having a bond with Reinhardt. I get a 9, versus a 2, and 9 on the Challenge dice. Weak hit, BUT WAIT: my Find an Opportunity strong hit gave me a +1 to this move as well, which makes that 9 a 10. Strong hit!

On a strong hit, you discover something helpful and specific. The path you must follow or action you must take to make progress is made clear. Envision what you learn (Ask the Oracle if unsure), and take +2 momentum.

That’s pretty nice, plus I get another +1 momentum from the Find an Opportunity move, which gets me to 9, and I’m marking a milestone on my “Investigate/Avenge the missing members of the Freewardens” backstory quest.

“The action you must take to make progress is made clear.” Is it? Cuz I’m kind of scratching my head a little bit.

I hit the Action and Theme oracles and get “Hide Memory.” Ooh. Okay. I can do something with that.

So, we have some kind of fight here between a berobed shadowy figure, and a member of the farwardens. Shadow-robe guy trying to block the altar (maybe?), Reinhardt killing him, but dying himself..

Something about the whole thing tickles at the back of Brigitte’s mind – an old legend, or prophecy, or maybe – no – one of the oldest vows ever sworn on iron by anyone in the wardens – some would say the original oath – a vow every member undertakes, symbolically (they thought), when they join the farwardens. A holy relic. Find it and return it to the light.

It’s… impossible. Ridiculous. It’s a myth. A legend. A symbol, not an actual thing.

[I’m imagining here something akin to a knight ten generations removed from King Arthur but nominally part of the same order of the Knights of the Round Table, on an entirely different mission, and literally stumbling across their mentor, who died two steps from the literally Holy Grail. Which is a real thing?!? WTF?]

And if that little figurine on the altar is…

That would make that flail in Reinhardt’s hand…