It looks like another quiet weekend in the hole during the crazy holiday season, and my play time is still a bit limited, so I’m looking to maximize fun by blowing up ships in various amusing ways, and that usually means going along on a roam with Red vs. Blue.

I’ve been on two of these before, the first in an Arbitrator meant to provide fleet support for the pile of ships-fit-inappropriately-with-lasers, and the second in the same Arbitrator, since I didn’t want to deal with making another ship and I was a bit miffed at not getting it blown up the first time. Luckily (?) that wasn’t a problem on the second trip, so for the third roam I’ll have to come up with something else.

As will CB, who’s decided to come along as well. He brought along a Sabre interdictor on his-first/my-second roam, and discovered first hand out much people like to call such ships primary. This time, he’s looking for something a bit less expensive to fly.

Luckily, RvB has us covered, since the theme for the roam is destroyers. This class of ship (which falls in speed, size, and defenses somewhere between frigates and cruisers, with remarkably good damage output) is potentially some great fun, since they’ve gotten a number of big buffs in the most recent expansion and can be purchased and fit for very little ISK. Just what the doctor ordered. CB and I head out of the wormhole (moving cautiously even in highsec, since there’s still a wardec in effect), and get to the staging system of Rens. CB has a much easier time with this than I do, since Rens is actually where he recently made all of his jump clones — by the time I jump to an inexpensive clone and sneak over from the Sinq Laison region, he’s already got his Thrasher-class destroyer fitted and ready to go. I follow suit, and we’re all set.

Several other folks have written and posted videos about this particular roam, but I won’t let that stop me from a lengthy summary. With that said, I can give you the short version: fun and laughs were had, and we all blew up gloriously at the end — basically, that’s an RvB Ganked roam, Working As Intended.

When the fleet (lead and heavily populated by pilots from the EU and Great Britain, where it is quite a bit later and — I assume — much closer to Guinness o’clock) heads out, we’re boasting something like 100+ ships, mostly Thrashers like the ones CB and I have selected, but with quite a few of the incredibly high-damage Catalysts as well. The mood, like the fleet, is drunkenly cheerful.

As we roll along, a few trailing scouts report we’re being shadowed by a fleet from Sniggewaffe, the ‘training’ corp for the infamous Pandemic Legion. Their group is quite a bit smaller than ours, but they’re in considerably beefier ships with MUCH longer ranges. (Destroyers are many things, but they are not snipers.) Still, it looks like such a fight could be good fun, so the fleet commander tries to get them to engage. Unfortunately, the Sniggewaffe pilots seem to anticipate our every move, and avoid any engagement that doesn’t heavily favor their long-range, hard-hitting guns.

The RvB pilots quickly deduce that the Sniggewaffe guys must have a spy listening in on our voice comms, (which isn’t really that much of a deductive leap, as ninety percent of all the pilots in RvB are spy-alts from some other corporation), so the FC announces on our own comms that if the spy will simply sing some kind of appropriate holiday tune in comms, he will activate his Leeroy Jenkins ability and fleet-warp the lot of us straight into their optimal firing ranges.

The spy obliges, and we go into warp to a solo serenade from the other side’s fleet commander. 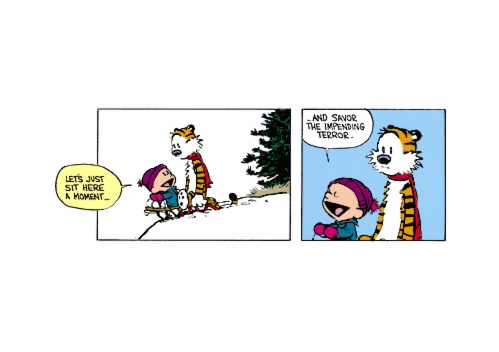 Unfortunately for the Sniggewaffe guys, we’d actually managed to locate their fleet with a cloaked scout, and were able to drop right on top of them at point-blank range, which gave us a huge advantage that led to the almost-complete destruction of their fleet. Still: good singing.

After that, we got back to a station where folks could repair damage (or replace ships if needed; CB and I were still fine, though CB had to go at this point). While the command crew were trying to figure out what to do next, someone noticed that CCP had just announced that they were sending out a CCP-piloted “try to kill us and loot our fancy ships” fleet, so we turned around and headed toward the likely muster point for said fleet (somewhere in Syndicate region) at best speed.

We spent a bit of time messing around with scouts spread far and wide, trying to figure out where the fleet would be, which was a bit unnecessary: when the CCP fleet was finally sighted it was only two jumps away. We got into the system and tried to get one of the CCP reps to get on our comms and sing, but none of them were feeling that brave. Ahh well — it’s not like we weren’t going to charge straight into their guns anyway.

Scouts reported that their ships had some pretty significant logistics support and were, like the Sniggewaffe group, fit with big, slow, long-range guns. Yay. 🙂

Once again, we got a warp in right on top of them and charged into battle, getting in as close as we could and orbiting at full speed to stay ahead of the big guns. A good defensive plan which worked well, but offensively we couldn’t put a dent in the battleships and started going after the logistics ships instead, which, while tough, weren’t going to withstand focused fire from over eighty destroyers for very long — their defenses started to fold, and it looked like we were going to do some real damage to their fleet.

That’s when a handful of stealth bombers from Agony Unleashed decloaked and bomb the holy hell out of the whole melee. The first two 30-kilometer-wide explosions took out most of the the RvB destroyers (leaving the heavily armored CCP pilots largely unscathed), a third mopped up all the escape pods, and that was the evening (at least for me).

Good stuff, and the perfect way to kill some time (and a half-dozen battlecruisers) in an amusing way.