Holy moly, I’m behind. Under normal circumstances, things posted here are time-delayed several weeks to a month, but now? Looking at my notes, I’m almost two and a half months behind. Let’s see if I can rectify that, somewhat.

When we last left our heroes, we’d just managed to push, trick, trip, or luck our way into removing some enemy tech3 cruisers from the home system. Our assumption is they’ll be back, eventually, but for now we call things good. Let’s hit the highlights of what went on after that. 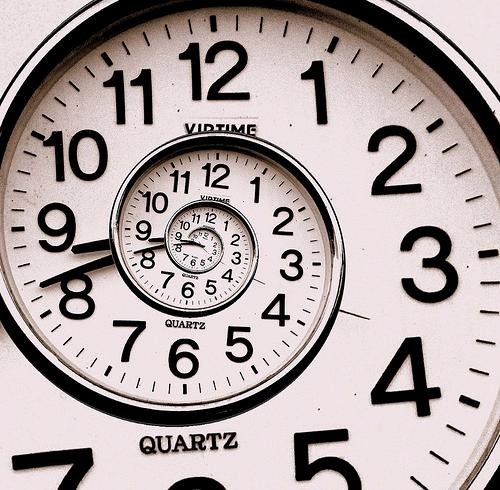 Thrashed
CB and Ty made use of a convenient high-sec exit to sell some loot and pick up some of the shined-up versions of the once old-and-clunky assault frigate. No idea what we’ll use them for in a wormhole (aside from running anomalies in Class 1 wormholes), but they sure are pretty. While I’m out puttering around, CB reports a Drake running sleeper sites in the class two wormhole we’ve been using as an exit route, but my return sends this denizen of highsec scurrying back to the light.

Or wait, maybe he didn’t run away because of me: maybe he ran away because the local inhabitants of the system woke up and jumped into their own sleeper-running ships. Why yes, that seems to be what’s happening; we spot a Typhoon-class battleship (a bit of an odd choice for class 2 sites, but whatever) and a Thrasher destroyer (probably the salvager). CB skitters back home to get a hurricane, and I try to set up a proper mugging of the Typhoon, but sadly my poor cloaky proteus is far too slow to catch up to the ‘phoon as it jets around the site, at least not without decloaking, and I rather doubt the pilot will stick around if I show myself prematurely.

No worries: We’ll just jump the Thrasher when it shows up to loot the wrecks, instead. This proves to be much easier and fairly profitable to boot (also, amusing, since I’m even able to catch and pop the pilot’s escape pod, thanks to it getting hung up on some structures).

Let’s Not and Say We Did
The weekend’s scanning leads us through a class one wormhole and into another class two, unfortunately inhabited by members of the same alliance who originally started the whole problem with the group of pilots whom we just kicked out of our hole. Do we want to tussle with these guys again, and possibly end up with those same pilots back in our system? No, we do not. Luckily, the hard-to-close class 1 connection dies of old age before our unwelcome neighbors realize we’re there.

Moon Them as we Drive By
We had a very convenient exit about a week later that let CB and me move some ships out of the wormhole and over to a corporate office we’ve set up as a staging area for nullsec PvP. Which ships? All kinds, but mostly those that are better suited for Null-sec pvp (where small-group conflicts tend to happen at the 10 to 40 kilometer range) than wormhole PvP (where fights usually happen within 5 km or less). We have way, way, WAY too many ships in the tower anyway, so I’m happy to haul out a couple Talos battlecruisers, some of our less-used interceptors, and a bevy of “cheap roam fitting” tech1 cruisers that we’ve played with in the past.

Now all we have to do is find time to fly them and get them blown up.

Our offloading is marginally (VERY marginally) inconvenienced by some maneuvering with members of Moon Warriors who, while better known as a nullsec alliance active in Syndicate, also seem to have members in the wormhole system we’re using as an exit. We circle the lot of them for a while, but can’t seem to get them to engage. Ahh well.

Class Five is a Gas
We got a weird, rare connection to a Class Five wormhole, out of which I extract more than a little of the rich, ladar-emitting fullerene gasses that the kids are all huffing these days. Tweed does better scanning than I do, however, and finds another very strange wormhole connection — one straight from the c5 out to conveniently located highsec. I take the opportunity to pick up a Scimitar logistics ship and a Rapier force recon, then CB and I trudge back out to highsec to do prep work for a battleship-sized roam of nullsec that’s been arranged with another alliance. We have NOT had good experiences roaming with this other alliance in the past, but I talk CB into at least doing the prep work. He puts together a fairly hellish blaster-toting Dominix, while I set up a nasty, short-range Typhoon. We may be as near-sighted as a rhino, but between the two of us we’re as dangerous as angry hippos. Rawr.

The Host has Not Yet Joined this Call…
Unsurprisingly, the guy who’s supposed to be running the battleship roam is late to his own party. He logs in five minutes before we’re supposed to actually start and two hours late for the actual mustering time and announces that he’s still out in wormhole space.

At which point about half of the people on the comms reply that they are all still out in wormhole space as well. Why did we even bother prepping a whole day early?

Oh yeah, because we actually respect other people’s fucking time.

So rather than wait, we say screw this, and CB and I hop in Rifters and go roaming around on in the Syndicate region for awhile. Two HOURS later, we’re on our way back to home base and actually fly through the battleship fleet we’d decided not to wait for. They have made it three whole jumps into nullsec, and are hung up on a gate, apparently too scared to jump through the gate and into the enemy force half their size waiting on the other side. We slip past both groups and finish up with no kills but — it must be said — a lot less stress than we’d have otherwise had. Call it a win. (Except for yet another set of ships we’ve built and then never used for a half-assed, poorly-organized roam. Seriously, guys: take a couple classes from Agony Unleashed and see how it’s done.)

Once that’s done, we unload yet more unlikely-to-see-use ships from the wormhole, focusing on the redundant or highly specialized.

The trick with ship selection in wormholes is to avoid too much specialization in a ship. Yes, all ships have primary roles — interceptors should be interceptors — that’s fine, but a cruiser that isn’t any use except to lure in a fast frigate and kill it, while cool and fun, is of limited to no use in a wormhole. Ships you bring out to a wormhole should be capable vs. any opponent (within reason) — with something useful to do no matter the enemy; no more of these “oh, if it’s not a frigate, there’s no point in flying it” ships.

In short, there’s a reason battlecruisers are so common in wormholes.

Mammoth Undertaking
I get an email from CB sayin that a Mammoth-class hauler has been lost and that he and Ichi were both involved. What?

Oh! They killed a Mammoth. That’s much better.

Apparently, some inhabitants in a class two wormhole opened a connection to us, left the connection open, and decided to… do some mining. They were wrapping up operations when Tweed found them, but had left multiple time-stamped canisters in the field to retrieve, which gave our guys a great guideline as to where to be and how soon they needed to get there. (Dear miners: renaming your cans of ore so that they tell everyone nearby when you’ll be back? Always do this. Thanks.)

Anyway, while Tweed sussed out the location, Ichi and CB got into stealth bombers and then proceeded to use them on the hauler to great effect.

I’m unfortunately not as lucky.

I log in a few hours after the highjinx; our system is quiet and Tweed is still watching our neighbors. No sooner do I arrive than Tweed announces a sudden flurry of activity and one of the pilots switching into a Sigil hauler and warping off to one of the planets in system.

Em and I are both online, but we weren’t exactly prepared to run an ambush because we figured the neighbors would have more sense than to do more hauling with a dangerous connection still up — silly us. We both scramble into stealth bombers while Tweed warps around trying to tackle the hauler with his Anathema covert ops frigate. He gets close, but the pilot only stops at a few planets and returns to his tower. Boo.

But wait! The pilot reships into an Imicus scanning frigate and flies slowly outside the tower’s forcefield to fiddle with a storage canister cunningly labeled with the pilot’s name. (Dear pilots: always do this too.) Once he arrives, he drops scanning probes and proceeds to scan while floating, fully visible, with no protection except the tower’s guns, which take forever to lock anything as small as a bomber.

Clearly, we need to do something.

Em and I line up bombing runs, which goes off perfectly except for one TINY detail: since we were cloaked up, we didn’t realize that we were flying different types of bombers and dropping different types of bombs, so rather than killing the Imicus with two massive explosions, we only get one massive explosion (Em’s) which strips the Imicus’s shields and armor… and destroys my bomb before it detonates. Darn it. This is what we get for hurrying.

Somewhat Back to Normal
Cabbage is in the mood to run some sleeper sites, and we have a good system next door to do so. Cab and I shoot the enemy sentient ship thingies while CB runs salvager operations in the HMS Generous Donation. Cab’s time is limited, so we focus on higher profit and/or less annoying sites for a little over an hour, netting 275 million isk, split 3 ways. Not too shabby. CB and Cab log, I run the loot out to Rens and take the time to set up a non-wormhole-dwelling corpmate with one of our spare Myrmidon battlecruisers to use for running missions while he trains a few more skills to come join us.

Not today, though. We’re a bit caught up, but I’d say we’ve still got a month or more to go. Tune in tomorrow.