Friday’s a strangely quiet night in the war zone, so I spent some time working out some new fittings for Caldari assault ships and interceptors. I don’t get too far into this this, though, because some of the pilots I know are roaming around the zone and invite me along. I don’t know what I should bring, exactly, so I settle on the condor I’d cobbled together the night before.

As before, we really didn’t need to travel far to find trouble. I’d only just reshipped and got on comms when word came of war targets right next door. A bit more recon showed us two destroyers in a major Minmatar complex, backed up by a shiny Vigilant-class cruiser, rare enough in the faction warfare scene that most of our pilots (many of whom are fairly new) were unfamiliar with the ship’s advantages in camping a warp-in gate.

Despite the Vigilant, our FC (who, though he has faults, doesn’t number timidity among them) decided he wanted to go after the fight anyway, figuring to storm the complex and trust to our many tech1 frigates to blot out the proverbial sun… or at least overwhelm the Vigilant’s target system.

Our arrival was spotted, and all the ships bugged out as we entered the complex, but we waited, hoping they’d calm down and come back once they realized we weren’t the vanguard of a larger force.

They did, and at least initially didn’t hit us with any more ridiculously superior ships than they already had (those came later): the same two destroyers dropped back in with two more destroyer allies and the Vigilant.

“Not Almity,” I called out on comms, before the FC could designate targets, remembering the mistakes made in the last week, calling him primary. “Anyone but Almity.”

The FC took it in stride, called other targets, and had everyone hit the Vigilant with tracking disruptors and hope for the best.

The fight was nasty, brutish, and relatively short — common for frigate brawls — two of the destroyers went down, then our own frigates started to pay the price of facing far superior firepower. Despite the disruptors, the Vigilant was nearly one-shotting our ships, and the pilots we’d already unhorsed had warped off and were already returning… this time in an SFI and Cynabal cruiser. Time to leave. 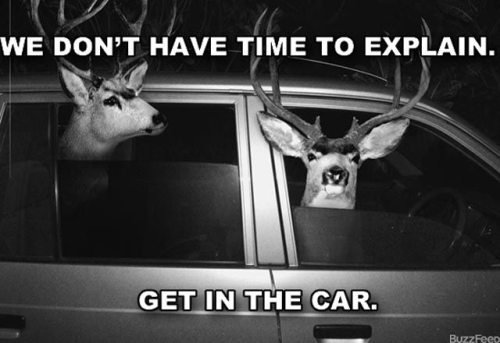 No arguments from me, as a single shot from the Vigilant stripped my shields, armor, and melted half the ship’s structure. I left the field trailing fire and smoke but (again) basically functional.

We couldn’t have been said to have come out ahead for the fight, but to be honest the engagement was so fun no one really seemed to care. Since we’d barely left our home system, reshipping and repair for those pilots willing to stick around took little time, and before long our somewhat smaller fleet was back in space and poking around, which led in a fairly short order to another engagement with the surviving two destroyers from the previous tussle, this time without the support of a couple quarter-million-isk pirate cruisers.

It went about how you’d expect, and brought my unlikely Condor up to an unprecedented three-battle survival rate.