I’ve read this phrase or something close to it many times over the years, or heard it on Vent or TeamSpeak.

It’s an interesting phrase; one that I’ve given a lot of thought. Let’s break it down a little bit.

We’re probably all familiar with the term ‘aggro’, but let’s go to the Fountain of All Knowledge (Wikipedia) for an official definition.

Hate, aggro, or threat is a mechanism used in many MMOs as well as some RPGs by which non-playing characters (NPCs; such as mobs) prioritize which players to attack. Players who gain the most aggro on an NPC will be attacked by that NPC.

Oh, okay. I see what they’re saying: they’ve done something to attract the anger (or at least unwanted attention) of someone in their home. Okay. That seems… fine, I guess.

But hang on a second: I want to look at one more thing. In the wikipedia page I quoted, there were links over to the definitions of “mobs” as well. Let’s see what it says:

A mob is a computer-controlled non-player character (NPC) in a computer game such as an MMO.

“Mob” may be used to specifically refer to generic monstrous NPCs that the player is expected to hunt and kill, excluding NPCs that engage in dialog or sell items, or who cannot be attacked.

Named mobs are distinguished by having a proper name rather than being referred to by a general type (“a goblin”, “a citizen”, etc.). Dumb mobs are those capable of no complex behaviors beyond attacking.

You know why I’m making that face? Let me see if I can explain.

Someone in my group says “Guys, I have wife aggro. AFK a minute,” and here’s what I hear:

“Fellow Gamers: I have generated unwanted attention from a non-player character. Given the tone of my voice and the words I used, you can assume that (a) this is a generic, non-named mob and (b) it’s not capable of any complex behavior beyond attacking. Give me a moment to take care of this annoying problem, and we can continue to play.”

You wanna know why your spouse is angry with you? Maybe it’s because you use phrases like “wife aggro”.

Is your spouse a gamer? Then they know what the term means, they know how it’s usually delivered, and they know the type of slobbering, cackling goblin you just grouped them in with. That’s bad.

Is your spouse not a gamer? Then all they know is that you just used the same term to describe them as you use to describe fights with this: 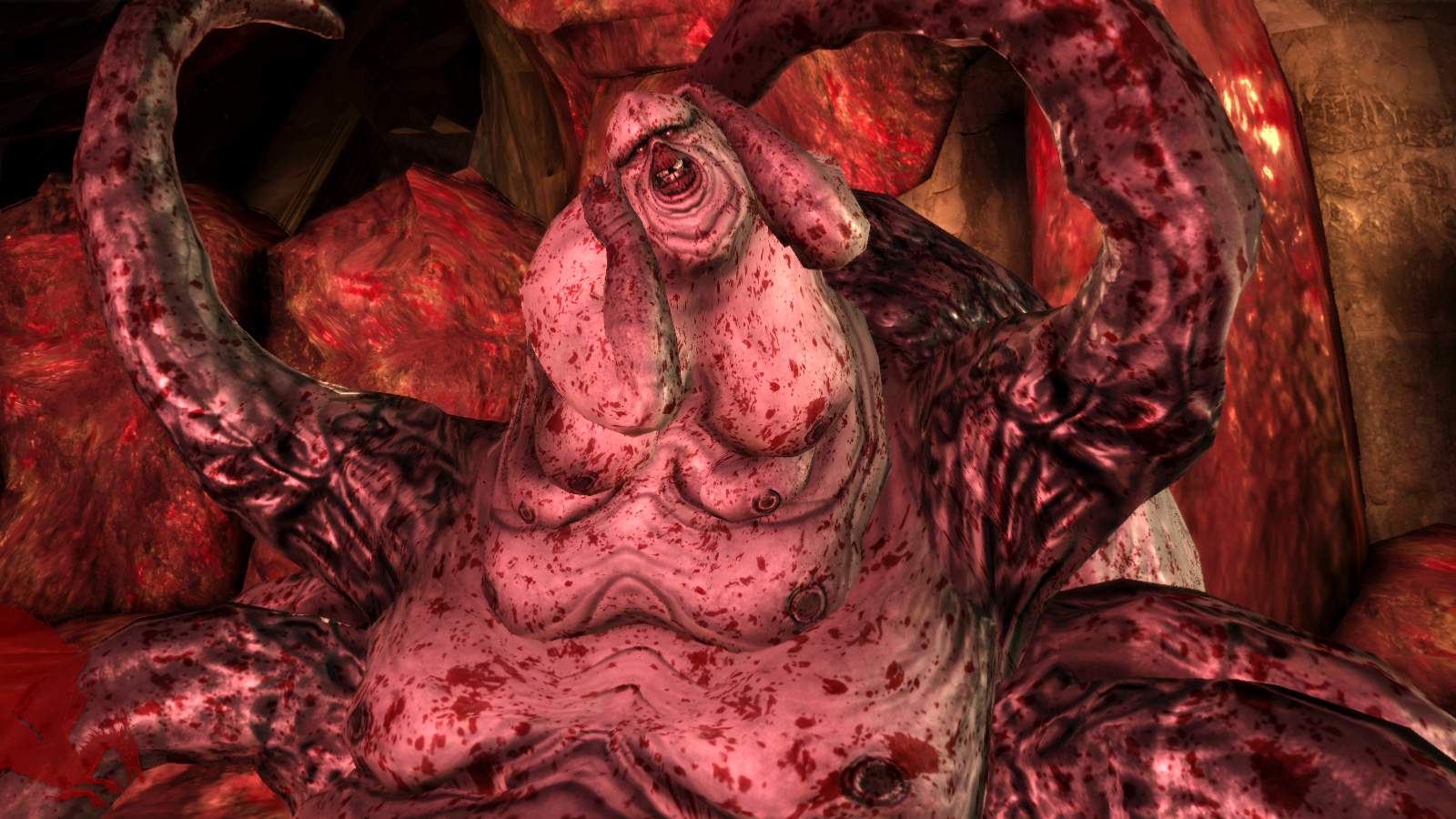 I’m here for, and I understand that you need some help, so let’s break it down in terms I know we’ll all understand. Let’s talk gaming.

Now, I’m running a dangerous line here, because while I think that the term ‘wife aggro’ is generally considered somewhat insulting and offensive (and rightfully so), it is aggro, and you are a gamer, so I’m going to explain it to you in those terms.

How does one get aggro? Again, Wikipedia explains:

[You] may calculate aggro based on factors such as:

* The distance between the NPC and the player.

* How much damage has been dealt by the player.

* Heals and buffs given by the player to other players who are attacking the NPC.

* Status effects on the player which make him or her more or less favorable to attack.

* Hate generating or reducing abilities used by the player.

* Time elapsed since the player last generated hate from the NPC.

Got it? Good. Let’s look at these factors.

The distance between the NPC and the player.

Here’s a little secret about relationships: couples who are in an otherwise healthy relationship really only argue about two things: money, and how much time they’re spending with each other. In an MMO, getting too close to a mob will cause it to attack. In real life, it is the exact opposite. If you’re detecting a lot of hate coming your direction, take a good hard look at the distance between yourself and your spouse; if possible, look at it from the point of view of Someone Who is Not You, but if that’s too complicated, just do some simple math: Have there been twice as many raid nights as date nights in the last month?

If the answer is yes, you have been given a New Quest: Escort Mission, to the Movies, for a Romantic Comedy. And believe me, there is a timer in effect.

How much damage has been dealt by the player.

How many times have you uttered the words “Just a second” while you’re in the middle of a fight, and then completely forgotten to go see what your spouse needed when the fight was over?

That’s damage. Worse, it’s damage that stacks — do it often enough and it’ll take weeks for the effects to wear off.

Heals and buffs given by the player to other players who are attacking the NPC.

Are the other players in your group actually attacking your spouse? No (hopefully), but they are (maybe unknowingly) attacking your ability to be a good spouse in your own right. In short, are you spending more time taking care of the folks in your dungeon run than you are on taking care of the people you live with? You don’t need me to tell you that’s messed up, right?

Status effects on the player which make him or her more or less favorable to attack; and Hate generating or reducing abilities used by the player.

You want to try to avoid status affects like “dazed and inattentive”, “mumbling”, “deaf to the sound of my voice”, or “always late”. Try to acquire buffs like “put away the dishes”, “did the laundry”, “tucked in the kids”, and “watched Glee with me”. Like those Damaging attacks, these buffs stack multiple times, so consistent repetition is key.

Time elapsed since the player last generated hate from the NPC.

This goes back to the frequency of your offenses: bottom line, your family should never feel like they’re second place behind an MMO. And hey — if you spend even two seconds thinking about it, you know that they aren’t, right?

But sometimes it’s maybe a leeeetle bit hard to tell. After working all day, it’s really nice to get a little me-time to kill things and take there stuff, right? Of course it is.

But the monsters will always be there. Your family? They may always be there for you, but every time you say “just a second” is a second that you lose and never get back. Every time you skip a trip to the grocery store so you can do another round of dailies on your hunter is a lost chance to have a funny conversation about CoCo Puffs.

Please don’t think I’m preaching here: I come by this knowledge painfully and after a lot of lost chances, and if I can, I want to help my fellow gamers avoid some of the pain I went through — maybe make a small but important attitude adjustment that will change those little game-interruptions into something potentially good.