Gor really shouldn’t feel bad about struggling with fittings for his ships in the wormhole; sleeper combat is a bit of a cold-water shock for lots of players — I remember the very first time we snuck into an unoccupied wormhole and tried out a combat site: three of us, in what we thought were the best ships we could bring, and we barely – barely – made it out the other end in one piece.

That same type of sleeper site is one that, only a few months later, any of us can handle solo; a combination of better skills, better intel on the site, and better ship builds.

I’m reminded of this when I log in today and go poking around the system. According to CB, when I logged out the night before, the Megathron-class battleship and a Drake-class battlecruiser we’d spotted earlier had decloaked and started running one of the combat sites — on his own, there was little CB could do to stop them — but when I check the system, the Sleeper population seems unaffected. Maybe the sites already respawned?

I’m able to piece together what actually happened a little while later when I take a Gila-class cruiser out to test a different flight of drones — the sleeper enclave I warp into is missing a few of the ships I’m used to seeing in the welcoming committee, and as combat progresses, I’m able to verify that the first (easiest) wave of Sleepers has already been eliminated from the site — presumably by the Megathron and Drake — but in such a way as to activate not one but both of the following reinforcement waves, leaving the high-sec tourists facing a pair of Sleeper battleships as well as a double handful of cruiser-class ships in support. I can easily imagine that that much concentrated firepower would send an unprepared pair of pilots back to known space in a hurry, and I have to be honest — the thought makes me smile: the fleeing ships are who we once were, not so very long ago.

My Gila will not be dismissed so easily; the crooked frame of the tiny cruiser strains a bit under the welcoming missile assault from two simultaneous waves of ancient enemy ships, but my shields prove more than equal to the task and the new flights of sentry drones acquit themselves admirably. I stow the Gila and clean up the wrecks as though it’s all second nature, and I suppose it is.

Once that’s done, I do a bit more rearranging of tower modules and ponder the inventory of ships we currently have packed away in case of emergency. We’ve been sending quite a few emails back and forth today, trying to decide if we want to haul some of our excess ‘backup’ ships out to high-sec when the opportunity presents itself, simply to make it easier to move or downsize in the future.

Part of this is due to the Germans’ departure; the sharp drop of allies in the wormhole has all of us feeling a bit exposed, wondering what we could save if we come under concentrated attack by some other wormhole corp — but it’s also basic preparation for some future point when our other time commitments cut into our ability to be online and maintaining things. Summer is ending, and all of us have a lot more work to do when higher ed sessions kick back into high gear.

We’re not talking about moving anything out that sees regular use, but at this point we could keep every pilot’s regular-rotation ships (for pve, pvp, mining, scouting, hauling, et cetera) plus two backup ships for each major role, per pilot, and we’d still have well over a dozen hulls gathering dust in the hangar. That’s an excessive level of redundancy even for us. 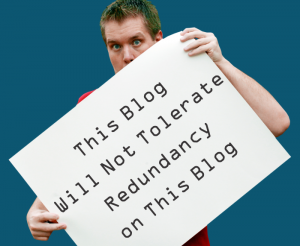 I don’t know that I accomplish much more than a basic sorting of ships into high-use and no-use piles, but it feels a bit like progress, and by then my cohorts are online and ready to shoot some sleepers. We clear the sentient drones out of our system, then use a series of battlecruiser jumps to collapse the connection to a boring class 1 system next door and clear out sites in the new system as well — our luck with loot remains pretty poor, but even so we net about 135 million isk for the evening; a solid step toward refilling our corporate coffers after a recent refueling run. Despite all the gloomy mood that comes from Worst Case Scenario planning, it ends up a pretty productive evening.