It will surprise no one when I say that I’m not happy with the way some of the features in Faction Warfare in Eve work, and I’m looking forward to fixes proposed for December.

Most of dissatisfaction stems from the ways in which the system can be gamed for the sole purpose of making ISK.

Now, I don’t have any problem with people making ISK. I don’t have a problem with someone playing smart, or avoiding a senseless fight. I do have a problem with people who are clearly subverting a system. Take a new-player-friendly theater of activity called “faction warfare”, set in “war zones”, and tell me that the most common “new” players involved are ignoring all fights and fitting their ships to avoid all consequences of any activity they undertake in that theater, and I’ll call those people bad names.

They’re not being innovative or ’emergent’ any more than a lamprey is an “outside the box thinker”. They’re just parasites, dragging down another fish.

Yes, I’ve tried to kill such pilots when I can. This also should surprise no one. As a rule, people don’t view tapeworms as a life-enhancing feature.

So I was thrilled to find out that some of the Faction Warfare changes proposed for the December expansion were going to be implemented immediately, in an effort to kill off the worst of the demonstrably game-breaking behavior. If nothing else, it closed a hemorrhaging ISK faucet six weeks early, and that alone is worth it.

But there were other benefits.

Although not all the changes are in place, enough things changed in terms of system control and defensive and offensive “plexing” that it shook things up around the war zone. There were a lot more pilots flying around, a lot more fights happening, a lot more investment. I spotted the first Infrastructure Hub bashing fleet I’ve seen in, literally, months. Then another. Then response fleets. Then pirate fleets looking to start a fight with those fleets. It’s easily the busiest I’ve seen the war zone in weeks, and that’s with one of the largest enemy corporations in the area temporarily out of the action while they repaint Amarr logos over top the Caldari flare on their ships.

There’s something to be said for changes to a system that alter the rules about what’s good/bad, useful/useless behavior in a given theatre of activity in the game. The changes get people whining, but it also promotes a heightening level of participation and activity as people figure things out, take initial advantage, figure out optimal behaviors, implement them, and adapt to the meta-game shifting as a result.

It’s a good argument for regular in-game events that shake things up simply for the sake of the shaking. Something as simple as Incursions actually spawning inside the war zone would throw a deep wrinkle into things, as would adding (or destroying) routes through the war zones.

I’m not saying change stuff just to change it, but if you can come up with cool reasons for tweaking the equations of success from time to time, it wakes people up.

I do a bit of defensive plexing at the start of the evening, to (a) get a sense of how the new loyalty point rewards for this activity will stack up in vulnerable systems (answer: well) and (b) try to move some vulnerable systems back toward stability before the Amarr can flip them to slaver-sovereignty.

JR is doing a “cheapfleet” roam of frigates and destroyers, and I hop into a Thrasher to join in, since (at least initially) I don’t much feel like being an important cog in the machine — mine will be the way of support and heavier DPS, not scouting and (thus) nigh second-in-command.

As he’s done in the past, JR splits the fleet into two squads and two separate but linked voice comms channels, so we can roam independently in smaller, less-threatening groups, but call for backup if needed. He then puts newer pilots in as squad commands and eases himself into the back seat to let the training-by-fire commence.

Squad 2 (of which I am a member) wanders somewhat, our FC seeming a bit a sea and unmotivated. The upside: Fel is with us (since I dragged him along) and getting some scouting practice, as he’s in the fastest ship in our squad — a speedy Atron attack frigate.

Our roam takes us by secondary routes to the system of Sahtogas. We send in Fel to scout and wait at the entry gate, directing him toward any open complexes, hoping to attract the attention of the fairly numerous war targets in system (who are often more inclined to doze inside stations until prodded).

Meanwhile, a war target drops on our gate and most of us open fire. I don’t, because I suspect he’s going to jump through the gate if things look serious. They do, and he does. I follow.

… and appear in the midst of a significantly larger fleet than my own, all war targets and all heading through the same gate but in the other direction to go after our guys. They apparently slipped down to the gate after Fel warped away. I try to give warning, but it comes too late for some and we lose a couple ships.

Meanwhile, Squad One is coming at Sahtogas from another direction, and tries to bait the same group of war targets into attacking. This works, but (again) the enemy fleet proves too strong for only half our group to manage, and we trade ships at a slightly disappointing 2:1 ratio. 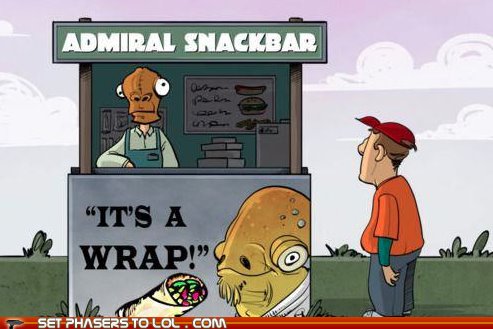 With several pilots reshipping, the rest of us scattered, and our squad commander unaccountably silent, I announce I’m heading back to our original mustering system, where it will be easier for our returning pilots to link up. This initiative puts me in the lead and scouting ahead for the rest of the squad.

One jump short of our muster point (but conveniently near my home station) I spot a Naga battlecruiser in one of our local complexes. A quick reconnoiter puts him 190 klicks off the complex entry and (annoyingly) still able to shoot me, so I switch out of my Thrasher and into a Taranis interceptor to see if I can snag him.

No joy, as he runs when I start to close in, but our activity attracts the attention of a small gang of pirates from nearby, notorious Amamake. Again, I switch ships, this time to a Stabber Fleet Issue — the Minmatar Navy’s justifiably well-regarded “SFI” cruiser.

The pirates, having taken out one of our frigates, retreat to Amamake, but a scout locates them near planet six and I warp to their location, clearly looking for payback for the loss of our frigate (rageface). They seem inclined to take the fight, as their three assault frigates (two Wolves, one Hawk) look to be more than enough for the job I represent. The Hawk gets in too close to me, however, and with two webifiers and a warp scrambler on him, he’s not going to be able to correct that error. I call the rest of the fleet in and the Hawk dies fairly quickly, while his allies scatter.

We try for one of the Wolves, but our chosen target it too fast — only one ship (Fel’s Atron) can keep up with him, and can’t slow the Wolf down enough for anyone else to catch up — he finally manages to slingshot Fel and slip away.

I try to pull another fight in Amamake while the rest of the fleet slips back to neighboring systems, but the pirates jump in after them before anything else develops. This works out, as we’re able to snag and kill the Wolf who had previously escaped.

I drop back to repair the SFI, and scouts report another group on the gate in Amamake, so I head back in to try to make something happen. I can’t track them down, but that proves to be wasted effort: I drop on them accidentally after giving up my search and warping back to the out-gate. Pirate pilots in an Atron frigate, Jaguar assault frigate, Rupture cruiser, and Zealot heavy assault cruiser circle me, but none seem eager to engage, since it will mean that the mean, nasty pirates will be targeted by the stargate’s defensive sentries for attacking a squeaky-clean citizen like myself.

With my backup ready, I start things off by popping the Atron, then we all turn attention to the Rupture, who tears away and leads us well off the gate before we pull him down and take out the ship. The kill takes some time, however, and by then he has backup inbound. They manage to catch me as the Rupture… ruptures, and my heroic SFI goes down while the rest of the fleet escapes. (Luckily, I have a dozen replacements at the ready, and more reasons than ever to fly them. Great ship.)

The fleet swaps around ships a bit, and Matt calls us into an enemy-held system nearby, where we miss a Firetail frigate but catch and kill yet another Wolf, trading a Taranis to a Cynabal cruiser in the process, at which point JR takes off for the night, and I follow suit.

A good night, if a bit directionless and disorganized at the start — it felt good to head out into the war zone and actually find pilots looking for a fight.