Woo-hoo! November insanity coming to a close! Our little faction warfare corp has joined an established FW alliance! I seem to have an exclamation point surplus I need to run through!

After some administrative tedium in the new home system, I set out in a cruiser fleet with JR at the helm, heading to the system of Aset, where our cunning plan is to sweep into an enemy Complex and start capturing it in the hopes of a proper fight.

Our plan seems to be paying off: scouts report an Amarr fleet inbound from the southern part of the war zone. Sounds like they’ve got greater numbers than our armor gang (15 vs. 25 or so), but roughly the same basic ship composition.

Our opponents arrive in system in what looks like two groups — maybe that’s just some stragglers catching up. Combined by their delay (and a request in /local comms for a quick bathroom break from one of our slightly more drunk pilots), there’s just enough time for a smaller friendly shield gang to slip into the complex with us and achieve optimal combat ranges, bringing our total friendly force in the complex to only a few less than the Amarr, who hit the gate and warp in. The fight is on!

Or at least I assume it is, as I’m immediately volleyed off the field and I have to run and get another ship. 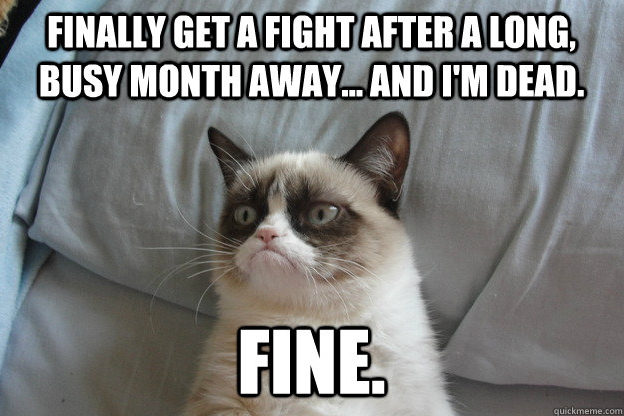 All in all, though, it was a pretty good fight, and went on for so long that I was actually able to reship and make it back in time to take over target calling for the last few ships (all the real fleet commanders had been forced off the field by that point). In contrast to the last few fights I’ve been in, the group’s discipline was really good — which is to say everyone was actually shooting what the target-callers said to shoot. This sounds like a pretty basic thing, but for some reason it’s been terribly DIFFICULT for us in the past, and everyone really pulled it together.

Also (and this may not sound like a good thing, but…) it wasn’t clear until fairly near the end which side would eventually hold the field, and that made it a very engaging fight. Ultimately, we persevered. Early losses were managed, discipline continued even after our support ships were brought down, and we were left with a few pilots still standing at the end, going through the pockets of our comrades, looking for loose change. Good fight.

Then it was time to reship (well, not for me: I’d done that already :P.)

The Amarr seemed ready to go at it again, but had a longer trek than we did to reship, so we were more than ready when scouts reported their return. Some of us had reshipped to battlecruisers, because… reasons, I guess. The Amarr had brought cruisers, however, and forced the size restriction by moving into a Minmatar Complex in Floseswin that wouldn’t admit any of our larger ships.

(That is, incidentally, one of the faction warfare features I have a great, manly, hetero love toward. Moving on.)

Anyway, our battlecruiser pilots swapped down to similarly-sized stuff, and we charged.

Once again, our combat discipline was pretty solid. The Amarr targeted our fleet commanders almost immediately, so others had to step up and maintain order — our armor fleet ran through at least five target callers throughout the fight. Despite our numerical advantage on this fight, the absence of support ships and warping into the complex right at our opponents’ ideal ranges meant we were struggling at the outset, and (again) it wasn’t clear who would hold the field.

Again, at least two of our pilots had time to lose a ship, deaggress, jump back to our staging system, reship, return, and finish the fight. LONG fight.

In fact, I feel I should say this: kudos to the Amarr pilots for really grinding it out to the bitter end. I’m positive that they could have called the fight a lot sooner and got more of their pilots away, but they chose to buckle down and go down swinging — it made for a hell of a good fight, and a great ‘coming back after a long month’ night.