I return from South Dakota to find our tower brimming with loot. None of it’s mine, but that doesn’t mean I can’t abscond with it! Arrrrgh! Space-pirate booty, ahoy! 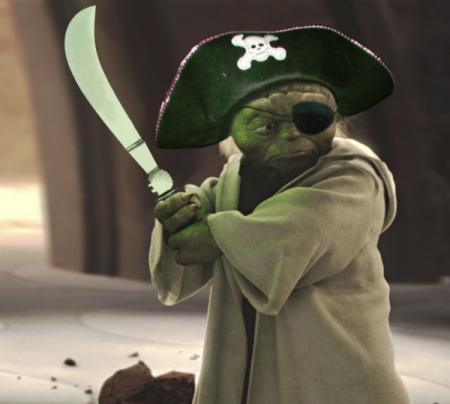 (Pro tip: Do not Google Image Search for “Pirate Booty” in a public place. N.S.F.W. Moving on…)

Anyway, I scan out the (very few) signatures in the system, find an exit to high sec, notice that’s quite near a good market system, and load up everything into a ship to take out and sell. Prices are good, and I divvy up the proceeds between the corp wallet (which buys all our tower fuel) and the folks who actually did all the work of acquiring the loot, without even charging a “courier fee”.

Not much besides random Sleeper-sniping went on while I was away; Gor mentions good relations continuing with our local German neighbors, and also mentions scanning out the wormholes a couple times while I was gone! Am I crutch for my corpmates? An unnecessary set of training wheels that they don’t really need? It seems so, because they do just fine when I’m not around.

On my last day away, I did get a few emails from CB (who thought I was back already) about his failed attempts to mug a heron-class frigate that was poking around our system. By his accounts, he and some of the Germans “almost had him” on several occasions, but CB just couldn’t get a target lock in time with the ship he was flying.

“I need a good tackling ship,” he writes. “What should I get?”

“Well, a Rifter or an Incursus are the easy, go-to answers,” I reply, “or, if you want something good-but-weird, get a Vigil.” I’m a big fan of the rarely-seen frigate — I think it’s one of the most under-appreciated ships in the game.

When I log in the next day, CB says “Hey, you know that Vigil you suggested?”

“Well, there’s one of them in the system, right now.”

There’s a flurry of activity while I figure out where the ship is located and we prepare to jump it, but when we actually get within visual range, we realize that the frigate is unpiloted. It’s been abandoned — left floating in space about 180 kilometers away from the Germans’ tower.

“What do you think we should do?”

“I dunno,” I’m still trying to figure out what happened to cause a pilot to leave his ship behind.

So CB warps back to our tower, stows his current ship, and flies in his capsuleer pod back to the drifting Vigil. The pod and the derelict ship make acquaintances, and pretty soon CB is reporting on the state of the vessel from the interior HUD.

“Jesus, this thing is shot up,” he reports. “Armor’s at 10%. Stucture’s at about half. What happened to this thing?”

I gauge the distance to the Germans’ base, check the optimal ranges for their defensive guns, and nod to myself. “He dropped out of warp too close to that tower, started getting shot up, and ejected.”

I nod. “Saved himself and the ship, actually. Really quick thinking. AI-controlled guns won’t shoot at a capsuleer pod, and they won’t shoot at an unmanned hull.” I look out at the starry expanse around us. “I wonder where he went.”

“I’ll sent him a thank-you note for the new ship,” CB says. I know him too well to imagine he’s joking. “Registration papers say he’s been flying since 2006.”

“What the hell’s he doing piloting a Vigil?”

“Technically, he’s not piloting a Vigil,” CB points out. “Not anymore.”

“True.” I take one last look around and head back to the tower to pull out the Lassiter and repair our new asset. “What’re you going to name it?”