Taken all together, “wormholes” (and everything that comprises wormhole activity) are probably the best-designed things ever released for EvE. No other content addition to the game is so complete, so well-considered, so deep in its gameplay. Proof of that can be found in the simple fact that two years after their introduction into the game, they are (if anything) more popular than ever, well-populated with pilots who collectively have very few axes to grind in terms of wormhole stuff that needs to be fixed, added, or killed with fire.

If there is one major exception to this, it is Player-owned Structures, or POS Towers.

Now, to be fair to Wormholes, Player-owned Structures are not actually part of that expansion — they’re really part of (and were, I believe, introduced with) the Sovereignty System that sees a lot of use out in Nullsec known space and (unlike wormholes) is a system that engenders a lot of criticism and suggestions for change. Sovereignty is a non-issue in wormhole space, but these things are still necessary for long-term living in wormholes, simply because there aren’t any other options — there are no stations in the inky black of the Great Unknown, and we need someplace to put our stuff.

So, we have wonderful wormholes, into which we are forced to insert POS towers and tower modules like rusty, jagged suppositories.

The problems with the towers go hand in hand with the problems that surround corporate administration in general, actually — security in an EvE corporation is very important to a lot of folks, and CCP has responded to this need by making the Corporate management screen labyrinthine, confusing, obtuse, poorly documented, redundant, AND contradictory. It’s actually possible to give a member of your corporation access to the same object or area in your corporate hangars from at least two and frequently three different screens inside of corporate management, and contradictory settings can not only be set in each window, but at different times/places/lunar cycles, each of those sets of permissions will be true. It’s frustrating for the pilots and maddening for the administrators.

Things get even more annoying when you’re dealing with a tower, because in addition to setting up permissions for the seven specific sub-hangars within the collective corporate hangar (settings which, if I’m counting correctly, can (in our corporation) be set to contradictory values for each pilot in no less than twenty-one different screens), you also need to set up the permissions for each of the structures you have in orbit around the tower itself.

“Okay, your ships are all in the lower hangar.”

“I can’t get into the lower hangar. Says I don’t have permission.”

“Crap. Right. Okay, give me a second and I’ll move them to the hangar you can see.”

“Okay, check now. Can you see your ships?”

“I can’t board any of them though — it says I’m missing “withdraw” rights for that area.”

And then you have the tower structures that, for no reason I am able to fathom, do NOT observe the corporate ‘sub-hangar’ structure at all (I’m looking at you, Ship Maintenance Array), and are thus less secure. These are, of course, where you have to put all the really expensive stuff (ships).

Up to this point in our glorious corporate history, this hasn’t really be a huge problem because our main pilots are either the CEO or (to keep things simple in terms of permissions) made Directors in the corporation because (a) we trust each other and (b) we’re very lazy people. Voila: everyone can get to everything. Fixed.

Except that we’ll soon have some new pilots coming into both the corp and the wormhole, and while we trust them not to do anything nefarious, we don’t trust that they’ll know to do (or not do) something that might have very negative affects on the tower itself. That would be bad.

So, to protect ourselves and the pilots, we’ve settled on a new structure for the tower in which all the new pilots have both a storage hangar and ship hangar for all their stuff, and the officers have a separate ship and storage hangar just for our stuff and things like tower fuel and other critical materials. Setting it up requires setting up security permissions for each of the structures within the tower forcefield, then setting up individual pilot permissions for each pilot, in each folder, so that everyone can (in essence) get into their footlocker as well as have access to group resources that we provide for everyone’s shared use (ammo, replacement drones, scanning probes, various types of armaments and armor/shield fittings, et cetera).

It has taken us approximately two days to get it all set up, but (with the help of a very patient Tira, who plays guinea pig through many tedious sessions of “Okay, can you get into that folder now? no? try now? Yes? Okay try now. Okay, let’s go to the next one…”) it is done.

A few hours after we get it all just right, I get a message in my Alliance folder, informing me that we have been wardecced by another highsec griefer alliance.

All of these new pilots are still in known space. Only one of them (out of town) has the skills to move into wormhole space, and the rest simply do not. If we leave them in the corp for this wardec, they will become targets for everyone in that other alliance looking for an easy kill.

The best option, given our limited timeframe, is to remove the new pilots from our corporation until the wardec expires.

And before we can do that, we have to undo every single permission, in every window, for each of those pilots. 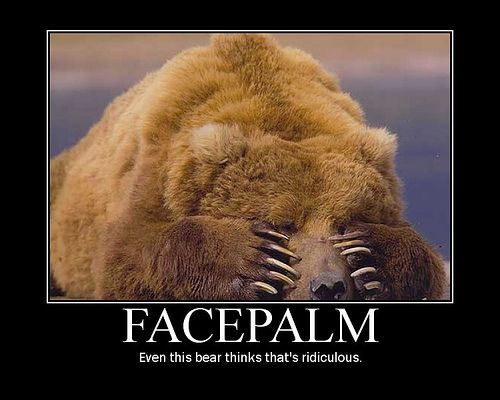