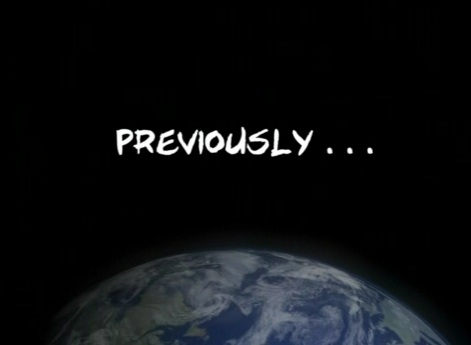 Two of the three corps who used to live in our old wormhole system have moved out, with one still manning their tower to maintain a presence there and to give the rorqual somewhere to live; the system is for sale. [Author’s Note: this is STILL the case, so if anyone wants to buy a class two wormhole with lowsec/C2 exits, POCOs on all the planets, and a Rorqual, contact me.]

I presented a number of corporations/alliances to our pilots, listing pros and cons, and the corp that whimsically likes to run high-end sleeper anomalies in assault frigates caught everyone’s fancy. The only thing delaying our move into this system with our main characters is getting our old wormhole sold, really.

Meanwhile, I found myself sitting out in known space, bored, with too much liquid ISK on hand. This usually ends in some kind of head-shaking/-smacking hilarity; in this case it meant I won a [mumble]illion isk bid for a wormhole with easy high-sec access and a perfect setup for planetary interaction. After some discussion with everyone else this is actually deemed a not-horrible thing, so rather than back out of the deal I go forward with it — it will provide our alts (and some main characters with no interest in the class six wormhole) a place to hang out, shoot sleepers, mug high-sec tourists, and run ridiculously complicated, semi-profitable planetary interaction colonies.

Em and I are discussing the logistics of getting set up — obviously we already have a tower and defensive modules — hell, Berke still has them in his orca from when we took them down in the last wormhole (it’s not like it was that long ago) — but I’m going to have to set up Player Owned Customs Offices on all the planets, and Em did that in our last system, so I’m picking his brain to get a shopping list of all the stuff I’ll need for all umpteen planets.

The list is pretty extensive. And expensive. Whew. Turns out I’m going to spend as much on the POCO parts as I did on the wormhole itself. Yikes.

“Do you want me to pick all the parts up?” Em asks. “I’m already in a market system.”

“Leave it until we close the deal for sure,” I reply. “It might still fall through.”

Our Taggarts broker is on the ball, however, and gets everyone where they need to be for a quick and relatively simple transfer of hole ownership (in which the broker holds the buyer’s money until everyone is satisfied, then takes their cut and pays everyone else accordingly). While they wait for the green light, I take the contracted bookmark coordinates, jump into the wormhole system, and use combat scanners to verify that the only man-made stuff in the system is dead and semi harmless (an abandoned, picked-over tower in the system will need to be completely destroyed at some point, but isn’t a serious problem right now).

“Pretty good,” I reply, recalling my probes and hitting directional scan. Something catches my eye. “I… can’t help but notice that all the custom’s offices are owned by a player corporation, not NPCs.”

“Yep,” says the seller. “Once you’re happy, our director will transfer ownership of all the POCOs over to you guys. Should only take a few minutes.”

“Right, right…” I say, trying to keep my voice calm. I switch comms over to Em, Shan, and CB. “So… you know this system I’m buying?”

“You know how I figured it was worth [mumble]illion?”

“You know how we figured that getting enough player-owned structures set up in the system would cost us just as much as what I bid for the system?”

“Well…” I drag the word out. “The corp selling the hole already set POCOs up, and they’re just giving them to us.”

There is a long pause.

“We are getting this wormhole for, basically, the hardware cost of the installed structures,” I say.

Em is the first to speak. “Close this deal before they figure that out.”

I do that thing, with many compliments (as always) to the Taggart’s broker.

“Be careful,” says the seller, just before he leaves. “There are a bunch of guys from a wormhole corp out in the high-sec system connected to the wormhole.”

The comms channel closes, and it’s time to get to work.