[Last week, I was on a trip out of town, and on my flight back, I managed to leave my EvE Notebook (an actual notebook in which I take notes for these posts) on the plane. I contacted their lost and found, got an automated “Don’t call us, we’ll call you” message, and have pretty much given up hope of seeing that particular notebook again. Which SUCKS both because I have to write the next couple weeks of posts using nothing more than my own shoddy memory, and because I was less than THREE PAGES from completely filling up and actually finishing a notebook for the second time in my life. Anyway, I’ve a new notebook, so off we go.]

Rocinante’s engine detonates a split second after my pod ejects and I fling it toward the nearest sun. “Okay, did you get out?”

“Your ship, or just your pod?”

“The pod. What happened back there?”

“Umm… you jumped the acceleration gate and landed on top of a Rupture, who was waiting for you.”

I shake my head. We had a number of Overview options available, and sometimes I think the one that hides nearby fleet members causes more harm than good. “I hadn’t. I didn’t jump until I realized you had, and by the time I landed, you were —

“You’re not dead. Your ship blew up. It’s a cheap frigate — we spend more on week of ammo than I did building that ship.”

“Then we should stop trying to find fights, because we’re going to lose a HELL of a lot more fights than we win. Let’s head back to the base, I have an idea.”

The comms are silent for awhile. “Why’d you say you wanted to go looking for a fight if you thought are odds were so shitty?”

“Our odds are always going to be shitty, unless we start learning.” I reroute my path through Old Man Star to get back to the home system faster, dodging a gate camp in the process. “Only way to learn is fight, and fighting means losing ships. Hell, just getting a fight that isn’t a stupid blob of ships that make the whole thing meaningless is a win, as far as I’m concerned. Getting a fight is the point.”

“Winning is the point,” CB counters. “For pretty much everyone.”

“Yes. Fine. True. Good point.” I enter the home system and aim for the station docking ring. “Lots of guys will fly around with another guy somewhere in the system providing fleet boosts. Or they’ve got a Falcon buddy ready to drop cloak and jam out anyone stupid enough to engage. Sure. Lots of guys, the only reason they’ll take a fight is because they believe they can win, and they won’t take the fight if the odds aren’t totally in their favor. Yes.”

“And that’s not me. All I want is a fight — if I get one, I win. Period. Full-stop. Even if my ship blows up, because for me the hard part is just getting the fight.” I look over my ship hangar. “You still have that Rupture you named Huntard?”

I swing the hangar arms over to unberth a Vexor. “Hop in — we’re going to go find that guy again.”

“You’re never going to find a fair fight,” CB points out. “Not in New Eden.”

“I don’t –” I cut myself off. “I’m going after a guy in a Rupture with a Rupture AND a Vexor cruiser. I’m obviously not looking for a fair fight — I’m looking for fights that aren’t pointless and stupid, where I can learn something useful.”

“Did we learn something useful in the last fight?” CB asks. “I blew up too fast to notice.”

“We learned we need to communicate better and not make assumptions about what the other guy’s doing.”

“And to not attack Ruptures in frigates?”

“Well…” I shrug. “Not to attack them in a pair of frigates who are trickling in one at a time, yeah. Kind of figure we already know that.”

The last gate looms ahead of us, and we jump.

“Yup. Let’s jump up to that acceleration gate again.” We do, but directional scan is clear. I extend the range and swing the beam around. “Ah. He’s down by the station. Stay here, let’s see if I can bait him out away from dock range. I warp down to the station and wave to the Rupture with a couple of my guns, but the pilot ignores the invitation to a fight and simply redocks when his shields start to get low. “No joy.”

“I’ve got another wartarget in system,” CBs voice is already tense. “We should get out.” 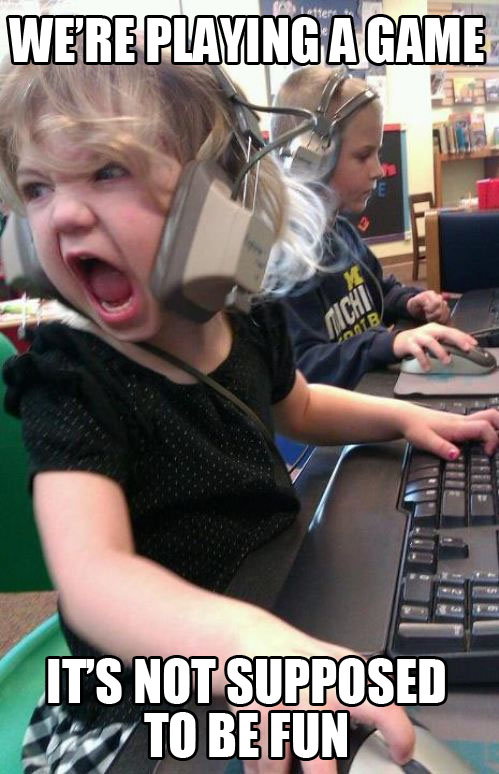 The two of us warp from celestials to complexes to jump gates in a continual cycle until it seems as though we’ve managed to lure the two other pilots into some kind of action. It’s right about then that a third war target enters the system.

I let out a sigh that’s half growl. “He might be travelling through. He might be in a frigate. He might be an idiot. People fight outnumbered all the time. 3v2 isn’t a bad fight. We just –”

“Get ready.” We’re on the acceleration gate into a complex both our ships can enter, but I hold. In the few seconds I take to consider our options, I see no reason not to fight the Ruptures right where we are, rather than leading them into the complex.

As the rupture cruisers land, a Falcon force recon uncloaks and shows me why we should have jumped.

“Ruptures are locking me up. Targeting the first — Fuck, I’m jammed.” CB barks. “And scrambled. And gone. Fuck.”

“Fucking falcon.” I’ve managed to get a flight of drones out, and when the Falcon jams me, they take off after the ship in defense of their master, but since I can’t lock him, I have no idea how much (if any) damage they’re doing to the other ship. “Did you get your pod out?”

I barely hear him. On the off chance the Falcon misses a jam or the drones drive him away, I’m trying to stay moving, my armor repair units working into overheat to keep my ship intact in case I get a real chance to fight back.

But I never do, and eventually my second ship of the night explodes.

The local channel lights up.

No plex running in our systems, boys, comments one of the pilots.

“Oh, that’ll work,” I mutter. “Now say ‘please’.” I can’t help but key the local comms. “We weren’t looking for a plex. We were looking for a fight,” I reply. “Pity you brought the Falcon.”

We land on the star gate and jump, so any counter is lost on us.

“We should have just left,” CB grumbles.

“We should,” I reply, “have jumped into the complex. The accel gate wouldn’t have let that fucking Falcon in, and we’d have had a chance.” I grind my teeth, angry at no one but myself. “It was my stupid oversight. My mistake. Sorry.”

There’s no reply. We make the trip home in silence.

Lastly: What you think of as winning is not going to be some other guy’s version of winning. Do the thing you like, enjoy yourself, and that’s winning, for you. It is a game, after all – fun is the point.

I don’t mind losing ships — if I lost an Incursus and Vexor every evening I logged in and never made a single isk the whole time, I could still fly every night for many, many months.

I do mind making stupid mistakes, like not assuming the third guy is flying a Falcon. In hindsight, of course he was in a Falcon.

Still, stupid mistakes are good, because making them means I’m extra motivated not to make the same one again.