… and yet it can hacked, updated, modified, and otherwise screwed with in many fascinating ways, which is what Zak's doing right now. Following his awesome Old One-ification of the Aboleth, he's on to Angels, and it's good, good stuff. I particularly like ranking the things based on old Hebrew lore. 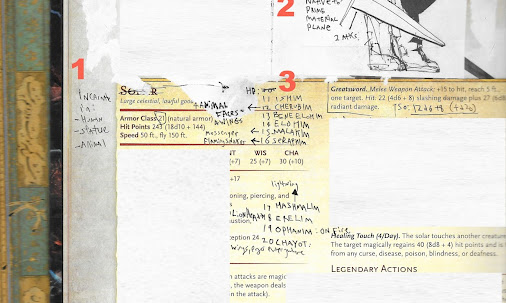 I never make any headway on this.