A few days ago, I publicly mulled over how the game is going. That post attracted quite a bit of conversation, much of it extremely helpful in terms of focusing down on the stuff I didn’t think was working that I think is worth trying to address, going forward.

On the whole, I’m pretty happy with Fate mechanics, the characters, the setting, the potential story, and so forth.

What I’m not thrilled with are Approaches.

Now, on paper, I love Approaches – I just genuinely like the idea of actions sorted out terms of whether they’re Flashy, Sneaky, Clever, or whatever.

In practice, there are two problems I’ve encountered.

What are you Yammering About, Man?

So it’s like this: You have your core concept, expressed as Aspects, and then you have these Approaches, who’s ratings also say something about your character, and because of their non-granularity, they tend to say those things with very sweeping generalizations, often (in my personal experience) pulling the character away from their core concept in either small or large ways. 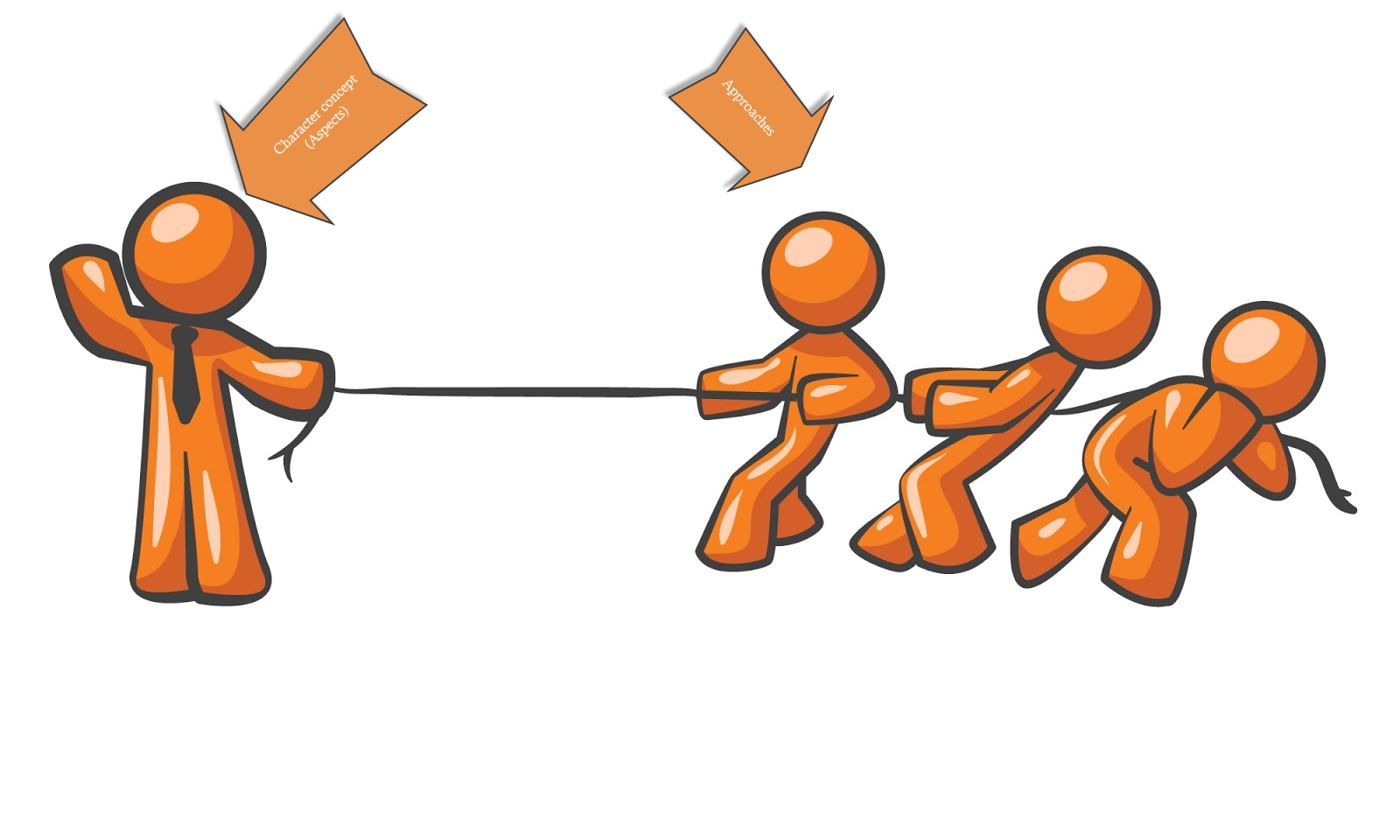 I’ll give a short example, using Dave’s character from our game, with Aspects tweaked slightly for the purposes of this example:

Aral Tholemain
Patriotic Noble of Naboo
Revolutionary with a Bounty on my Head
The Empire took my family from me.
An officer and sometimes bloodthirsty gentleman
E’lir would be my daughter’s age…

I could give you a couple paragraphs of backstory, but really, I think these five Aspects capture the gist of what’s going on, and I think it’s fair to say this is a pretty grim character, right?

Here are his Approaches:

You know what I see when I look at those approaches?

A swashbuckler, maybe. Perhaps a con man. If you told me “noble”, I’d nod and say “oh yeah, I can totally see that,” but what I wouldn’t see is the kind of noble Aral is.

Look at those Aspects up above? Is there anything there that says “Flashy?” I guess it depends on how you look at someone who’s a dedicated firebrand, but… well.

Yes, you can make it work.

But there’s the thing – Flashy is Aral’s big Approach, so of course Dave’s going to want to do things flashily when he can, especially when things Really Matter.

Is that the guy we see in the Aspects? I’m hardly sure, but I don’t think so.

And yes, I know you can just have a different Approach be the top one, but for a significant subset of actions important to the character, a high Flashy makes the most sense – it just gets weird when applied in other activities.

“Well, if it doesn’t make sense, then don’t be Flashy and deal with a lower rating.”

Nice idea, and it happens some of the time, but when your pulse is hammering and your blood is high, you go for the most thematically appropriate narration that’s going to give you a shitty stat to roll. Gamers will game; playing to your strengths is part of that, and is hardly the problem I’m talking about, or even a problem in the first place. Moving on…

Right: so I’m leaning toward dumping Approaches entirely and rating the Aspects instead – at least as a trial run, to see how it feels in play.

So the Aspects continue to function as Aspects, but also function as… almost miniature character classes, or gestalt skill/experience “sets,” where you pick the one most applicable to the action taken (or the lowest rated one that applies, if there are many, because I’m mean), and add that value to the roll.

Yes, you’d probably have one aspect you ‘always’ roll when shooting someone, but… okay. How is that different than a character with a “Shoot” skill? Aral’s experiences as an officer and bloodthirsty gentlemen is where he learned to shoot. Makes sense. Done.

And hey, if you throw a fate point down and activate that same Aspect for a bonus on the roll you just made with that Aspect? Then this action is SUPER important and relevant to that facet of the character, which I choose to see as a big feature, not a bug.

But the main thing – as my daughter pointed out while we were talking about this today – is that everything you’re doing, related to that roll, is only pulling you in toward that core character concept; there’s no weird double influence of “I’m being bloodthirsty, but FLASHILY.” (Which sounds a little psychotic, anyway. 🙂

I don’t mean to pick on Dave at all; I think this is relevant to several characters – probably all of them, to different degrees – it’s just that he’s the easiest example of what I’m thinking, and I got thinking about it when he mentioned Aral as he exists now is different than how he envisioned him. Some variance is obviously going to happen – it always does – but given the ability we have to define characters with Aspects, it really shouldn’t go that far afield.