I’ve been playing an RPG with my kids set in the Archipelago of How to Train Your Dragon. As a prelude to writing about the play itself, here are the rules I’m using.

Dragons: Wanderers of the Archipelago 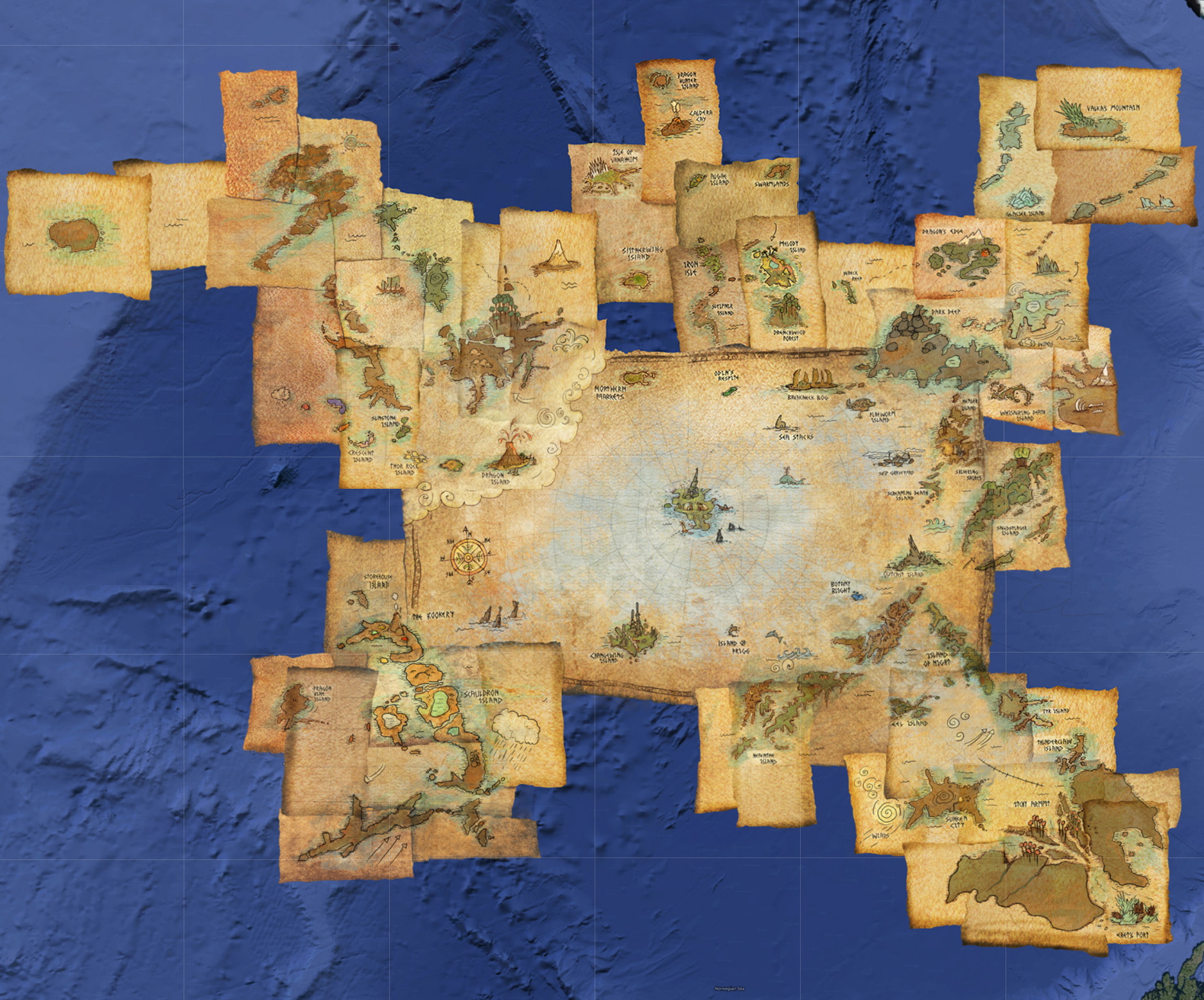 A Risus variation for How to Train Your Dragon Adventures

(Based mostly on Risus Guard, a Mouse Guard hack I cobbled together, which in turn is based on on Evens Up, by D. Stahler, Simpler Risus from Risusiverse, and Mouse World, by Dan Cetorelli)

And of course Risus, by S. John Ross.

Discard rolls of 3 or lower. In addition, sixes always “ace:” each six not only counts as a success, it is immediately re-rolled, with a 4+ result added to the success total (and continuing to ace as long as a six is rolled; the beloved “exploding dice effect.”)

Swap the “Inappropriate Cliché” rule for “Imaginative Use”: If you can explain how you use your cliché, you can try it. In combat, Imaginative Use of a cliché deals +1 damage.

“Round peg in a square hole”: If you’re using an inappropriate cliché in a test simply because you have no better option, and can’t (or choose not to) come up with an Imaginative Use, your opponent rolls two additional dice, or the number of successes needed increases by 2.

Instead of rolling against a target number, a certain number of successes are required to achieve a desired result, generally adhering to the following difficulty scale:

The process used to determine the difficulty rating in Risus — by figuring out how hard the task is in the context of the cliché’s relevance — is used the same way here, as is the idea that the degree of success or failure may affect the overall result.

As a general rule (because I like PBTA games) – getting some successes but not enough successes is a good time for a mixed result: you get some of what you want, but at a cost, or with complications.

Both sides roll the appropriate number of dice for their respective clichés. The side with the most number of successes wins. Ties can either be rerolled or go to the side who rolled the fewest dice (Goliath rule) or most (respect the skillz), depending on the group’s preference.

Each round, both sides roll the appropriate number of dice for their respective clichés. The side with the most successes wins, resulting in the loss of one cliché dice (or more, depending on the situation) for the loser. Ties can be handled as above.

In team-ups, a leader is chosen for each team (leader role can change between rounds, if it makes sense). The leader gets to count all the successes from their rolled cliché. Everyone else on the team rolls their clichés as normal, but only count sixes as successes toward the team’s goal. (Sixes from helping characters can still Ace, with the Ace rolls counting as success on 4+, as normal.)

When a team loses a round, the leader takes cliché damage.

If a team member is taken out of a conflict due to sustaining injury or being unable to roll any dice in a round due to accumulated penalties, the character’s status will be determined after the conflict by the winning side.

(Players should remember that in single-action contests and combat, opponent’s dice can ace, as well.)

Sometimes characters, teams, or (most often) their opponents will have access to clichés of greater than six dice. Don’t roll more six dice; if a cliché is higher than six, every two dice over six simply adds a success (round down). So a Unstoppable Red Death (20) would roll six dice and add seven successes.

Funky dice can still be used in this system, if you want (not sure I do, but…) If you want to use them, have ALL results of Six or higher ace. Obviously, the odds of acing on a 10 or 12-sided die-roll are pretty good.

Allocate ten dice to your clichés, as normal for any Risus character. Humans are the baseline in this setting.

Lucky Shots can be purchased as normal in the Risus rules, if you like.

Sidekicks and Shieldmates from the Companion rules can also be purchased, and should be; they work perfectly for dragon companions, as well as particularly useful, rare, or high-quality gear that is better than what you would already have as tools of the trade for your clichés.

Generally, build your dragon companion by taking away 1 die from your cliché pool to make a 3-dice cliché for your dragon. Strike Class dragons (being more rare, intelligent, and powerful) can be built with 6 cliché dice (at the cost of two character dice), but still shouldn’t have any clichés higher than the character’s highest.

Example One: Brega’s dragon companion is Moonshade, an indigo-scaled Deadly Nadder. She invests 1 die into her dragon as a Sidekick/Companion, and buys “Moonshade: Over-protective Nadder (3)” as a cliché for the dragon.

Example Two: Most dragon riders do not wear much in the way of armor (or at least the basic armor they do wear (shoulder guards and the like) rarely seem to matter for most viking clichés). Hiccup, on the other hand, as a pretty cool shield, and decides to buy it using the Sidekick/Companion rules, which allows it to help (sixes count as additional successes) on any rolls where such a crazy shield would help (though it might also work against you in some cases…)

(Once you start tallying up Toothless, Hiccup’s Shield, Wingsuit, and other crazy gear, you start to suspect his actual clichés might be… kinda crap.)

Optional: Skills within Clichés is probably fine, though maybe let that come out during play of the character.

Humans are definitely not the biggest things in the world. The progression of size scale goes something like:

There are a number of different ways to handle difference in scale. Off the top of my head: