Inspired by Ryan’s work on representing the Avengers and the JLA in Fate, and because I’m getting my head around this to run a DC Universe “Brainiac Invasion” game, I’ve been fiddling around with statting out various established characters in Fate Core and Fate Accelerated. I figured I’d share some of them here. 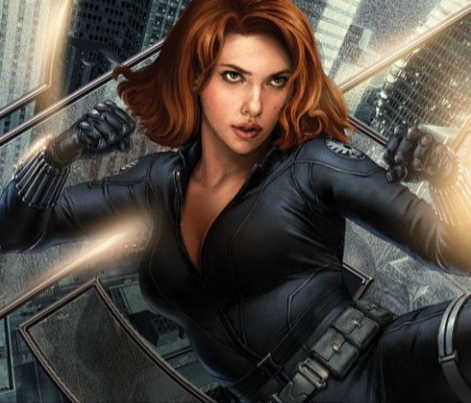 This version of Ms. Romanov is a bit of a mix between the classic comic book leader of the Avengers and the Black Widow we see in recent movies (who gives up the swingline/stinger bracelets for a glock). I think it’s a pretty good write-up, one of the easier ones I did, and the nice thing is that with a different set of aspects, this basic character skillset + stunts ports remarkably well to the Bat Family in Gotham.

Stunts
Swingline. You move two zones for free in a conflict without rolling, instead of one, provided there are no situation aspects restricting movement.
Deadly Romance. Get a +2 to Deceive when seducing a target.
Flawless Interrogator. Get a +2 to Investigate when questioning someone.
(Optional) Widow’s Sting. Once per combat scene, spend a Fate point to force your target to take a Consequence rather than using Stress from a ranged attack.

Stunts
Because of my Red Room Conditioning, I get a +2 to Sneakily Attack in melee range.
[Two others as you like, or rework some from Fate Core.]

The important thing to remember about working out supers in Fate is that, as Ryan mentioned in his exploration of representing Iron Man’s suit, Aspects are always true, even if they aren’t currently being invoked. Black Widow is always a superspy, with the abilities and so forth that the super-soldier serum convey. Always. She gets to use her bracers to shoot stuff even when she’s not invoking her stunt, and in the same vein, she can use her swingline for stuff that isn’t just about moving quickly from zone to zone in combat. From “I have a gun and knives because super spies have guns to knives” to “I’m practically Immortal” to “I’m bulletproof“, the rules are there to follow the story and lend it mechanical weight, not the other way around. 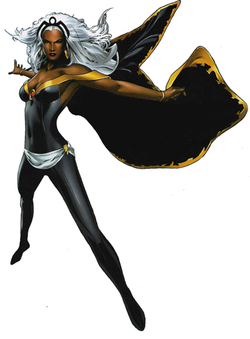 I’m not particularly well-versed in X-men lore (I got the basic idea for Storm from the latest Marvel-branded RPG), so there are a few aspects and stunts that can be filled in by someone a bit more motivated or knowledgeable, or when Storm shows up in play, but as a baseline, it’s a pretty fun start.

Stunts
Emotional Link. When you create any “high-emotion” aspect on yourself, you get two free invokes from it, if it pertains to your powers.
Weather-born. +2 to defend against attacks based on temperature extremes or electricity.
You know what happens to a toad that gets struck by lightning?. +2 to create weather-based advantages.

Stunts
Because I am a mercurial mutant, +2 to Forcefully Attack if I have an aspect indicating my emotions are high.
Because I am the Goddess of the Storm, +2 when I Flashily Overcome a social obstacle.

[Another  as you like, or rework some from Fate Core.] 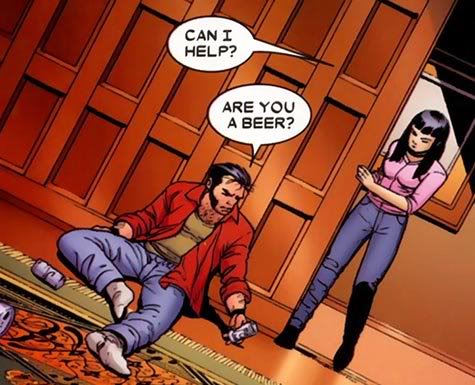 Aspects
High Concept: Weapon X Feral Mutant
Trouble: Mysterious Past, Even to Me
I’m the Best There Is at What I Do
Masterless Samurai
Beerserker

Refresh: 1 (In story terms Wolverine needs to have things go against him for awhile before he really gets rolling.)

Stunts
Because I regenerate, once per session I can shift a consequence down a notch from Moderate to Mild, or Mild to gone.
Because of my Admantium Skeleton, I get +2 to Forcefully Defend vs physical attacks.
Because I am a Feral Mutant, I get a +2 to Cleverly overcome obstacles where my senses are a factor.

Finally, remember that Aspects are always true: Wolverine regenerates, whether he spends a fate point on it or not, so all he needs is a short rest after a conflict for his Consequences to shift to their ‘on the mend’ versions.

… and that’s it for now. Just playing around and figured I’d share.